Home Culture Feature 10 Songs to listen to on campus 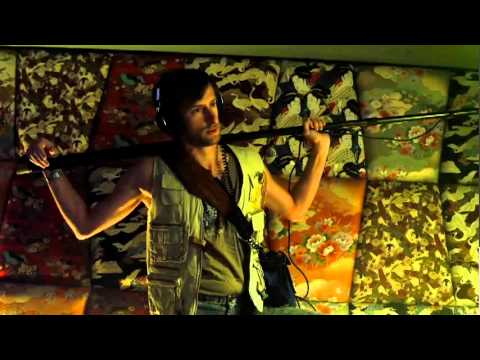 Music helps set the tone for my day. I tend to listen to the same artists all day but there are certain moments on campus when I turn to a specific song. Here are 10 of my favorite songs to listen to while walking around.

If you like modern British pop, then you will love the Wombats. I usually listen to this song on Fridays. The Wombats produce a club vibe minus the need for a group dance session. It is a great song for sunshine. – youtube.com/watch?v=DRhUIJextp8

V.V. Brown is awesome. She has a voice that is distinct and really clear. This is a song that will get stuck in your head all day. – youtube.com/watch?v=wPQlxHWsemI

3. The Clash – “Lost in the Supermarket”

A British classic, The Clash wrote this song as a way to describe someone struggling to deal with an increasingly commercialized world and rampant consumerism. The Clash is one of my top five favorite bands, so I listen to them all the time. – youtube.com/watch?v=BA8LWKiOTGI

Being a fan of Amy Winehouse before she died has its benefits. One of those is discovering music by Amy that was largely underground at the time. Both artisits are visionaries in their own right, but together they made amazing music. This is another good one for a sunny day, and it makes the walk between back to back classes much easier. – youtube.com/watch?v=4HLY1NTe04M

There is something about this song that just makes me want to stay outside all day. Even though the band is on a hiatus, I think that their music is timeless. – youtube.com/watch?v=6X-Uo8fFFs8

Beside her distinctive voice, Rosi Golan is a quickly rising star. “Follow The Arrow” is off her new album, “Lead Balloon.” I listen to this song a lot after a tough test when it is time to regroup mentally. – youtube.com/watch?v=Xf5WMxFYoJU

Josh Ritter is a musical poet. His songs are clear and not over-produced. I cannot wait for it to start snowing, because this is one of my winter favorites, especially walking out of the newsroom late at night. – youtube.com/watch?v=kqLssKusGzM

There is something awesome about a punk rock chick band. I listen to this song on my way home after classes. It is nice to have something stimulating after a few classes back to back. – youtube.com/watch?v=X44tSdjH4_I

Another one of my new favorites — The Limousines are awesome. They formed in 2007 in San Francisco and have been steadily climbing the charts. I like to listen to this song waiting in the classroom for class to begin. – youtube.com/watch?v=wtOlU_R8TFo

This is my favorite song to walk around campus listening to. I could listen to this over and over again. Day, night, snow, rain — this is the best song for campus. – youtube.com/watch?v=4C8e7nNLZNs