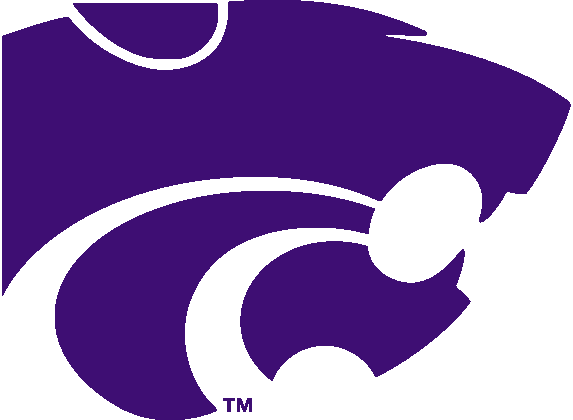 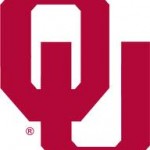 The Sooners, led by Heisman Trophy candidate and senior quarterback Landry Jones, are poised for a big year in 2012 after falling short of expectations in 2011. Jones, who decided to return for his senior season and forego the NFL Draft in January, is currently 18th in Football Bowl Division history with over 12,000 passing yards. His favorite target this year will be junior wide receiver Kenny Stills, who took over as a leader for the receiver core last year when Ryan Broyles went down with a knee injury.

After two easy non-conference games, the Sooners kick off the Big 12 Conference season with a home matchup against K-State on Sept. 22. An Oct. 27 matchup against Notre Dame and a visit to Morgantown, W.Va., to face West Virginia on Nov. 17 are also critical games on the Sooners’ schedule. 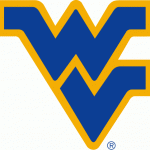 This season will mark the Big 12 debut of the Mountaineers. Last year, the Mountaineers won the Big East Conference title and then set a scoring record with 70 points in their win over Clemson in the Orange Bowl.

Senior quarterback Geno Smith, who garnered Big 12 preseason honors over Oklahoma quarterback Landry Jones, will enter the season as a Heisman candidate and will be the focal point of head coach Dana Holgorsen’s offense. Holgorsen has spent nine of his last 11 years coaching in the Big 12, holding assistant jobs at Texas Tech and Oklahoma State before taking the head job at West Virginia, so the Mountaineers’ transition into the Big 12 schematically should not pose too much of a problem.

The toughest non-conference game for the Mountaineers will be a home game against Maryland. Starting on Oct. 20, though, West Virginia’s season will be put through the grinder, as they face consecutive matchups against K-State, TCU, Oklahoma State and Oklahoma.

Fresh off their first 10-win season since 2003, the Wildcats are looking to take another step forward this season in their pursuit of a Bowl Championship Series bowl berth.

The Wildcats are undoubtedly led by senior quarterback Collin Klein, who last year completed over 57 percent of his passes for 1,918 yards and 13 touchdowns; he also rushed the ball 317 times for over 1,100 yards. Known as one of the toughest players in college football, Klein’s ability to stay healthy and to execute effectively with teams now scheming around him will be the lifeblood of the Wildcats. Defensively, senior linebacker Arthur Brown and junior safety Ty Zimmerman lead the Wildcats.

The marquee non-conference game for the Wildcats will be a Sept. 8 rematch with the Miami Hurricanes after last year’s thriller in which the Wildcats won following a four-down goal-line stand. The Wildcats then start the Big 12 season in Norman, Okla., against the Sooners on Sept. 22, which will arguably be the toughest test for any Big 12 team in the opening week of conference play.

The Wildcats’ biggest conference home games will be against Oklahoma State and Texas on Nov. 3 and Dec. 1, respectively.

The greatest challenge for the defending Big 12 Conference and Fiesta Bowl champions in 2012 will be replacing quarterback Brandon Weeden and wide receiver Justin Blackmon, both of whom were first-round picks in the NFL Draft this past spring.

The biggest returner for the Cowboys is junior running back Joseph Randle, who last year averaged 6 yards-per-carry and found the end zone 24 times. True freshman Wes Lunt will be in charge of replacing Weeden, as head coach Mike Gundy named him the starter back in April.

A home game against Texas on Sept. 29 to start the Big 12 season will be the Cowboys’ first big test of the season. Visits to Manhattan and Norman, Okla., on Nov. 3 and Nov. 24, as well as a home game against West Virgina on Nov. 10 are also games to circle on the Cowboys’ schedule. Ultimately, the test the Cowboys face this year will be to find a way to replicate their offensive prowess they had last year, which produced 48.7 points per game, second in the FBS in 2011.

Last season, the Longhorns started off with four straight wins but only mustered up three more the rest of the regular season after getting blown out by the Sooners in the Cotton Bowl 55-17. However, the Longhorns did enough to earn a Holiday Bowl berth where they defeated California to end the season on a high note.

This year, behind a gritty defense and sophomore running back Malcolm Brown, the Longhorns are looking to finish among the top of the conference again. Led by junior linebacker Jordan Hicks, the Longhorns’ defense will look to build off last year, where there were 33rd in the FBS in points allowed despite giving up 55, 38, and 48 points in three separate games.

The offense, however, will go into the season with the biggest question mark a team can have: who will start at quarterback? Currently, quarterbacks Case McCoy, junior,  and David Ash, sophomore, are at the head of the pack, as both started games last year. The Longhorns’ Big 12 schedule is heavily front-loaded, with a road game against Oklahoma State on Sept. 29, then three straight home contests against West Virginia, Oklahoma and Baylor.

In addition to West Virginia, TCU will also be making their debut in the Big 12 this season. Last year, the Horned Frogs won the Mountain West Conference title, were in the running late in the year for a BCS bowl berth, won 11 games and won the Poinsettia Bowl over Louisiana Tech.

Head coach Gary Patterson, who is in his 12th year at the Horned Frogs’ helm, will rely on junior quarterback Casey Pachall and his defense this year against the Big 12. The standout on the defensive side of the ball for TCU is unquestionably junior defensive lineman Stansly Maponga, a native of Zimbabwe who was All-Mountain West last year and who was voted to the All-Big 12 preseason team.

For the Horned Frogs, their schedule is extremely back-loaded, as they finish the season with a run of five straight games against Oklahoma State, West Virginia, K-State, Texas and Oklahoma. 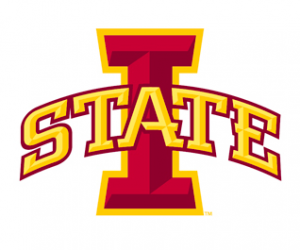 Last year on a Friday night, when nobody expected anything magical to happen, the Cyclones pulled off the biggest upset of the college football season with a 37-31 overtime victory over the Oklahoma State Cowboys. Had the Cyclones not won that game, the Cowboys would have played for the national title last season.

Now, with a new season ahead of them, the Cyclones are looking to build off that game — and their Pinstripe Bowl berth — and have a breakout year in 2012. On defense, the Cyclones have two of the best linebackers in college football in seniors AJ Klein and Jake Knott.

Offensively, like the Longhorns, they have a quarterback battle to settle prior to week one. Sophomore Jared Barnett, who started in the Oklahoma State upset, and senior Steele Jantz are the two players battling for the starting job in training camp. A week-two matchup at Iowa, a game they won last year, will set the tone early for the Cyclones.

A three-game stretch against K-State, Oklahoma State and Baylor starting on Oct. 13, as well as their last game of the season against West Virginia will ultimately define what type of success the Cyclones will have this season.

Last year, the Bears had the best player in college football: Robert Griffin III. Griffin had one of the best receivers in the Big 12 to throw to in Kendall Wright. Both those players are gone, so now the Bears, who will play their last season in their current stadium in 2012, are tasked with replacing a Heisman Trophy winner.

Charged with taking over at the quarterback position is Nick Florence, a senior with limited playing experience in the past two seasons, but attempted 266 passes as a freshman. The Bears perhaps have the toughest test in week one of Big 12 play behind K-State, as they must travel to face off against West Virginia, whose offense will test the Bears early and often. The Bears will have a chance at the end of the season to prove themselves, as they finish with three straight home games against K-State, Texas Tech and Oklahoma State.

The biggest obstacle for the Bears, though, is not just replacing Griffin and company, but also finding a way to maintain the offensive pace that had the Bears scoring in a matter of minutes on drives last season. 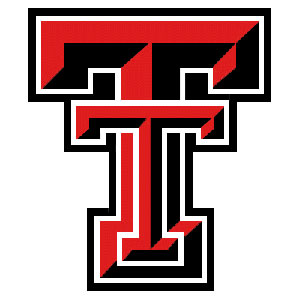 Last year, the Red Raiders started off their season red-hot. They won their first four games before losing two heartbreakers to Texas A&M and K-State. After their K-State loss, though, the Red Raiders pulled off the other big upset of the Big 12 season by handing the Oklahoma Sooners their first loss of the season in Norman.

After that thriller, the Red Raiders didn’t win a game for the rest of the year and missed out on being bowl eligible. The shining light for the team this year is senior quarterback Seth Doege, who last year led the Raiders to 33.8 points per game and also led the nation’s seventh-best passing attack. While their defense is improved, it is still considered a big question mark for the Red Raiders, as they finished 117th last year in points allowed per game with 39.3.

The Big 12 season will put the Red Raiders through hell its first six weeks, as they must travel to Ames, Iowa, to face Iowa State, then two home matchups against Oklahoma and West Virginia, then on the road again to face TCU and K-State, then back home to face Texas. The Red Raiders may grab one or two of those games if they are lucky, but their defense will likely get simply outdone on a consistent basis this season.

Not often do teams have to pay three head coaches’ salaries in one season, but after Turner Gill was fired last season after winning only one conference game in his two years at Kansas (in 2010, against Colorado), the Charlie Weis era began in Lawrence. He brought with him senior quarterback Dayne Crist, a transfer from Notre Dame who will start for the Jayhawks this season. Crist is well-taught in Weis’ offense, so expect some success from the passing game this year.

The Jayhawks will ultimately struggle this year as they are in the initial stages of rebuilding, but Weis stated at the Big 12 media days that, while he does obviously want to win more games, his realistic goal is to simply make the Jayhawks more competitive in games this year instead of getting blown out.