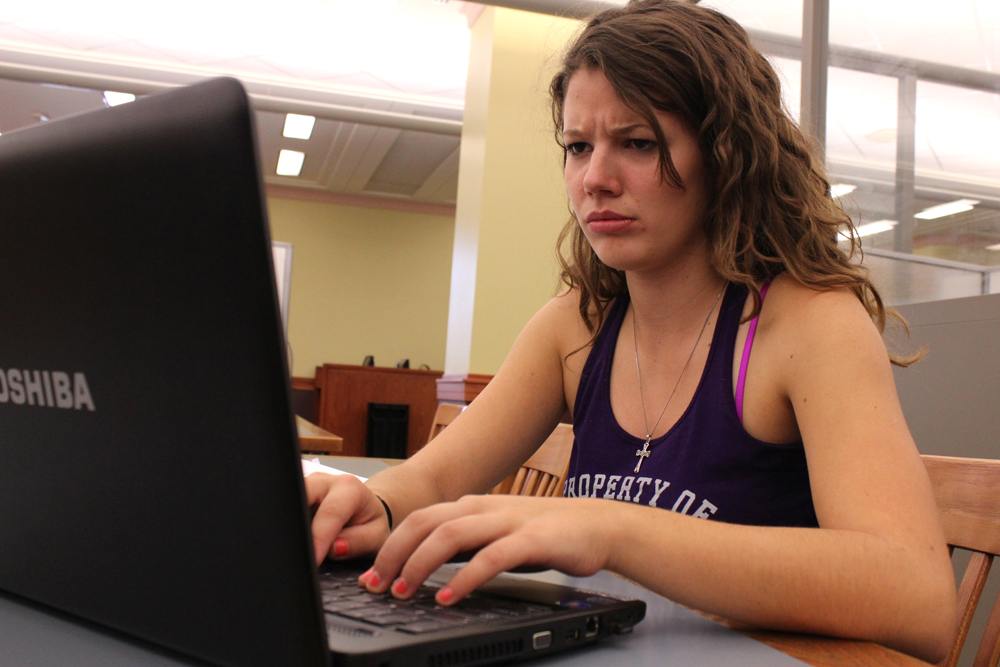 Over two days of malfunctions cause delays in financial, academic processes

After roughly two days of technical difficulties, iSIS is
rid of the bug that caused it to divulge potentially sensitive information to
the wrong students and prevented some students from accessing the system.

“There was a period of time on Monday afternoon when
some students could actually view another student’s class schedule
online,” said Ken Stafford, chief information officer and vice provost for information technology services, who was
unavailable for comment until Wednesday. “We have made sure that the bug
was tracked and fixed; the issue has been resolved.”

Brohgan Dieker, senior in secondary education and English,
was one of many K-State students, staff and faculty members who experienced
extreme technical difficulties while
trying to access their iSIS accounts on Monday and Tuesday.

After Dieker logged into her iSIS account on
Monday, she proceeded to the Student Center to check her schedule for
the first day of fall classes. Instead, however, Dieker found a different student’s
schedule.

“It looked like it was my iSIS account when I first
opened it,” Dieker said. “But when I actually looked a little closer,
it had someone else’s name on it, along with mine.”

Stafford hypothesized that the issues were mainly caused by
stress on the server from the high amount of activity that is usually
associated with the first week of the semester.

“I think we can probably attribute a lot of the issues
to just the levels of activity that happened online on Monday,” Stafford
said. “We had about 37,000 people logged in that day, which could explain
some of the problems.”

Dieker brought attention to the issue by taking a screenshot of her compromised account and emailing it to K-State technical support.

“We made sure to take the system down and found the
bug,” Stafford said. “Everything should be up and running fine, and
we are now in the process of contacting the students who we think may have had
this issue with their account.”

Despite Stafford’s assurances that no financial information
was revealed to others, Dieker said she was still frustrated at how easily
accessible other personal information could have been.

“Just the fact that someone could have seen my
schedule, contact information and literally where I was during the whole day
was pretty scary,” she said.

For other students, the system malfunction was more of an
inconvenience. Many students have yet to make various payments, adjust to their
new class schedules and add or drop courses, all of which were delayed or halted
by iSIS’s two-day hiatus from functionality.

“The past couple days I haven’t been able to get into
my iSIS account and I’ve also had a lot of trouble getting into my
Webmail,” said Krista King, freshman in music education.

King said her first couple of days at K-State have been more
hectic than she had anticipated.

“No matter what time I got on, it only let me look at
my schedule or email for like five minutes before it would just kick me
out,” she said. “Being a freshman, it’s kind of hard because I can’t
find all of my classes and be where I’m supposed to be on time.”

Stafford apologized for the technical difficulties, saying
that he and the rest of the staff will continue to work diligently in
order to prevent a similar situation from occurring.

“This kind of thing shouldn’t happen again,” he
said. “We are taking the appropriate steps to make sure that students who
were affected are notified. Obviously, we can’t stop everything, but we will
definitely try to ensure that we take care of as much as we possibly can.”

Stafford also encouraged all students to keep their eyes out
for any other issues that they notice and said he hoped that students were
proactive about their Internet and information security.

“There are all kinds of things that can cause major
problems,” he said. “Keep your eyes out for spam; we have people
whose online accounts are compromised by phishing on a daily basis. Learn to
protect yourself, and keep in mind that we are here to help.”