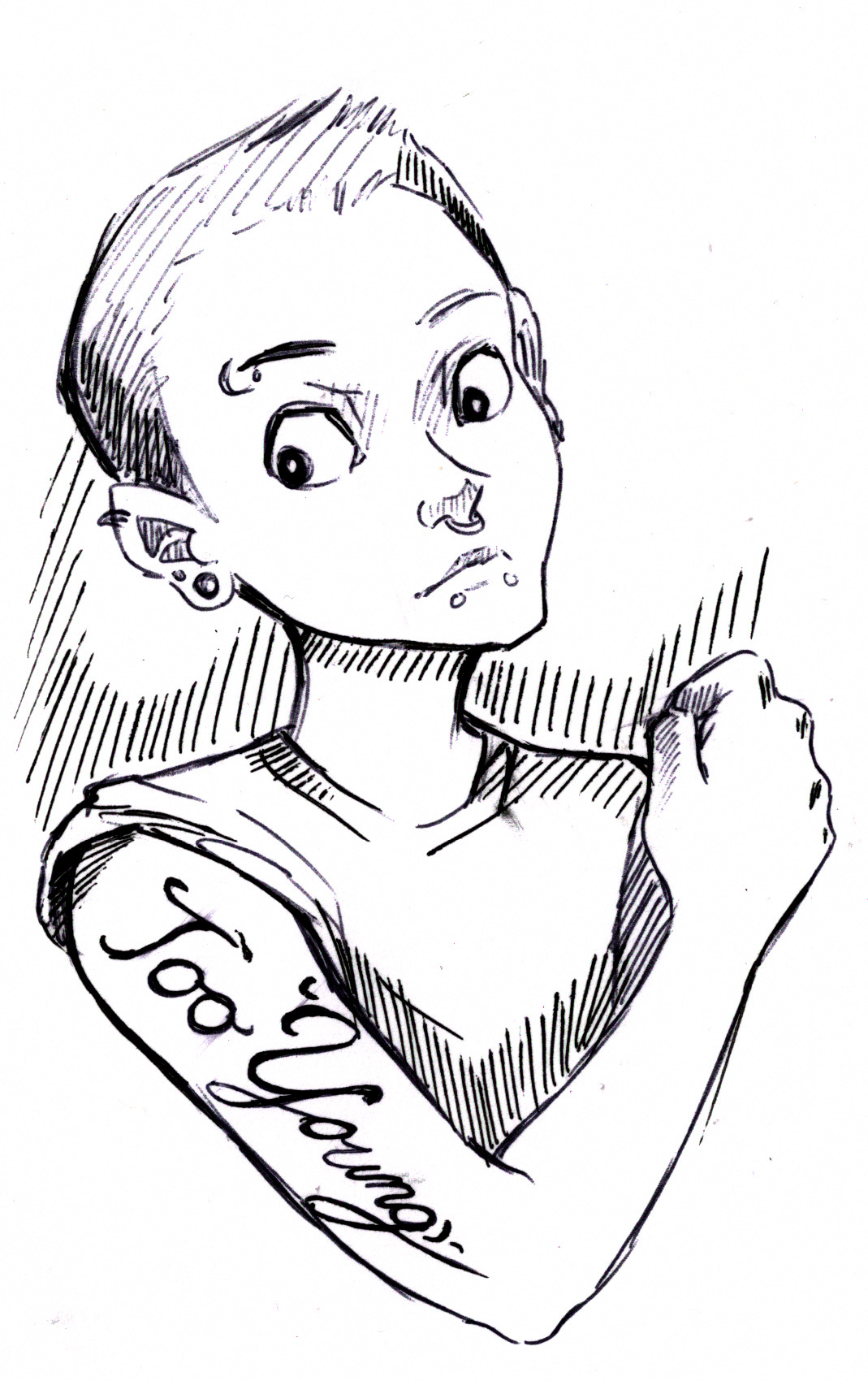 Body modifications – there is always something someone has to say about them. Are they unprofessional? Are they too provocative? Are they offensive? How do you cover them up? Why did you get them? How much did they cost? How long did they take?

Every day I am asked at least two of these questions, oftentimes the same question more than once. Something people should know about me is that in my lifetime, I have had 22 piercings and I currently have nine highly visible tattoos. I have been getting legally pierced since the age of 15 and tattooed since the age of 16.

When Willow Smith was reportedly sporting a fake tongue piercing, the Internet and media community became rampant with disbelief. Willow Smith is currently 11-years-old, but it raised a good question. How young is too young to get pierced or tattooed?

In my opinion, she is way too young to have any kind of piercing other than her ear lobes. She is too young to understand the true ramifications of getting a piercing, even though it is semi-permanent.

By the time I was 16-years-old, I had 19 piercings all in my face and ears. I had both of my nostrils, double snakebites, my left eyebrow, double industrials in both ears and two piercings in each lobe. My body began rejecting some of the piercings in the cartilage of my ears and I have permanent damage to my right ear because of it. I have a massive amount of scar tissue from all of the piercings I have gotten. If you look at my eyebrow, you can see where it was pierced and how it never healed properly.

My mother allowed me to make own life choices if I could financially afford to. I didn’t regret having my piercings in the moment, but seeing the scars on my face from them sometimes makes me very bitter.

According to a July 12 CNN article by Sarah LeTrent, “In June, Jerry Garrison, a Florida grandfather, lost custody of his 10-year-old grandson after allowing him to get a tattoo of his initials on his right leg. A ‘family tradition,’ according to Garrison.”

The American standard is to not have any type of permanent body modification of any kind, let alone on someone who is younger than the age of consent. People sometimes stare me down or completely avoid me on the sidewalk because of the amount of highly-visible tattoos.

Scientific and research-based facts show that women under the age of 21 and men under the age of 24 have not reached full cognitive development. According to a research study conducted by the National Institute of Health published on March 29, 2003, “results showed that higher working memory load led to greater discounting of delayed monetary rewards. Furthermore, a strong direct relation was found between measures of impulsiveness, dysexecutive function, and discounting of delayed rewards. Thus, limits on working memory function, either intrinsic or extrinsic, are predictive of a more impulsive decision-making style.”

Young people are not capable of making a lifelong decision like getting a tattoo. These body modifications are for life and must be thought out well in advance. If a child is getting tattooed because that’s what their parent wants, then the child doesn’t even have a say in a decision that they will have to live with for the rest of their life.

A tattoo is for life. The scar from a piercing is for life, too. I thought it was incredibly intelligent when my home state, Minnesota, changed the state statute on body modification in 2010 so that only people aged 18 or older could get tattooed in a licensed shop, regardless of parental consent.

This was before I was 18. Let me tell you, it sucked no longer being able to get tattooed when I wanted to. But it was beneficial because I was able to better think out what tattoo I wanted and where I wanted it.

Furthermore, once you’re an adult, your financial priorities get realigned. A tattoo becomes miniscule in comparison to paying for rent or utilities.

So, the next time someone asks if I would do it all over again, at the same age, I would most likely answer, “probably not.”