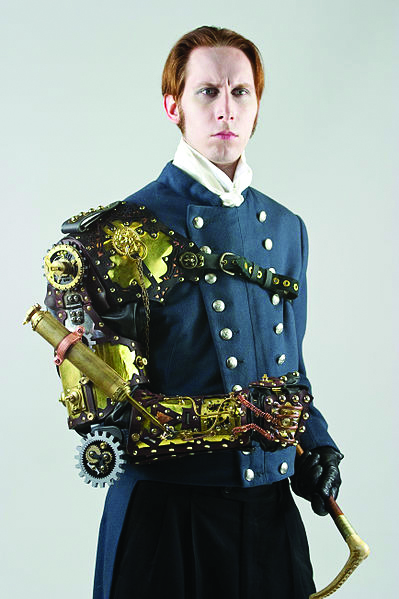 Foreign fashions are often overlooked in the U.S. However, there are a lot of interesting fashions from other countries that are worth looking into.

We start with a style called gyaru (the Japanese pronunciation of “gal”). While there are many different sub-styles within gyaru, they all have a few things in common. Gyaru girls are characterized by their tanned skin, bleached or dyed hair and colorful makeup.

A subset of gyaru, ganguro, is taken to the extreme. Ganguro literally means “black face” or “charbroiled face.” Ganguro practitioners not only tan or wear dark makeup and bleach their hair, they also dye it neon colors and wear bright, revealing neon clothes, lots of bangles and bracelets, white makeup on their eyelids and lips and stickers on their faces.

Though not as popular as it was 10 years ago, the gyaru style is a form of rebellion. The people within gyaru (who are mostly high school- or college-aged, with the exception of gyaru-mamas) fight against the traditional Japanese principle that one should blend in with the crowd. It flies in the face of what Japan considers to be desirable in a woman. Because of this, many older Japanese look down on the lifestyle that the gyaru lead.

While the gyaru style peaked in Japan some years ago, it recently made its way over to China and is gaining popularity there. Another style that similarly started in Japan but is going global is the lolita fashion. Like gyaru, there are many different sects within lolita, such as gothic lolita, lute lolita, classic lolita and punk lolita.

The general lolita fashion is heavily influenced by Rococo styles and Victorian-era clothing. The six staples of a lolita outfit include a headdress, blouse, dress with a bell-shaped skirt that you can fit petticoats under, bloomers, long stockings or over-the knee socks and shoes. A bell-shaped silhouette is necessary.

Because of the name, lolita fashion is perceived by some people to be about playing to fetishes. However, lolita is the opposite, being in rebellion to the pressure to be sexy and the media’s portrayal of women as sex objects. Those who practice lolita emphasize elegance and cuteness over sexiness, as well has having confidence and being able to dress for oneself as opposed to dressing for the opposite sex.

Considered a cousin to lolita, steampunk fashion emerged in the 1970s and ’80s and is practiced all around the world. (We even have a group for it on campus!) While also based on Victorian clothing, steampunk is about adventure, sci-fi and fiction. Therefore steampunk fashion is not limited to Victorian-era dresses but can also involve corsets, goggles, spectacles, monocles, top hats and gear-related accessories.

In Russia, the trend of putting “228” on hats, sweatshirts and T-shirts is growing. The number “228” refers to the criminal code 228 that prevents the possession and use of drugs.

What most of these styles have in common is that they are ways for people to speak out against and defy their placement in society. Gyaru denies the “proper” way women and people should behave and appear in Japan, lolita rejects the sexualization of women and the societal standards placed on Asian women and the “228” trend protests the illegality of drugs.

Fashion is more than what you wear. It is a way of protesting the rules while expressing oneself, it is seriousness within fun, it can even spark self-growth. It is a way of telling others exactly who you are, what you stand for and what you wish for in this world.