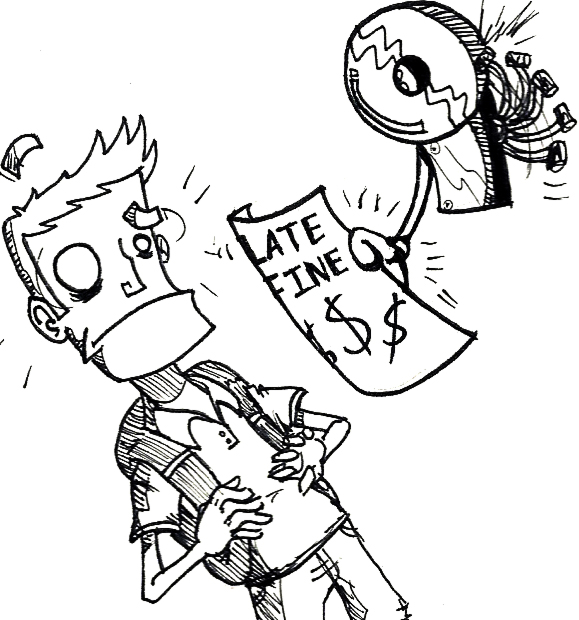 In high schools across the country, truancy is illegal. In college, on the other hand, skipping classes is not illegal, leading many to the conclusion that it’s not a serious problem. However, if you are paying thousands of dollars to attend classes, then it is rather important that you actually attend.

Recently, some high schools have started fining the parents of students who skip school, and the fines have had fairly positive results according to an Aug. 23 Time Magazine article by Brad Tuttle.  What would happen if such fines were imposed on K-state students for missing classes? Certainly nothing good.

Firstly, there is the obvious fact that in college it’s harder for teachers to keep track of missing students. Some smaller classes take roll every class, but often, in large classes of more than 100 students, many professors do not take roll. Because of this, it would be unfair to charge students who are absent in classes where attendance is taken while other students slide under the radar.

There is also the fact that in high school, it is the parents’ responsibility to pay fines for their children, which can be as much as $300 for each day missed, according to Tuttle. However, once students enter college they should no longer rely completely on their parents, and most don’t.

The American Council on Education has said that 78 percent of undergraduate students work during college. I cannot imagine that many people would be excited or even willing to spend their hard earned money on a missed class fee when there are more important things to buy like books (and booze).

Then there is the issue of coddling students; if some sort of fine is imposed, it is more likely that students will attend all of their classes all the time. This, of course, isn’t necessarily a bad thing, except that it could cause some students to miss the wake up call they severely need when it comes to their actions affecting their grades.

Partying and thus skipping class could lead to falling far behind in class or possibly failing. When this happens, you can re-evaluate your entire life to see what went wrong. However, if you go to class every day just to avoid paying a fine, you lose out on living and learning from your mistakes. Students would be in for a rude awakening when they got into the real world and no one was there to force them to go to work in the morning after crawling home at 4 a.m.

Another problem with the enforcement of this fine is defining acceptable excuses for missing class. At one school in the United Kingdom, students are fined when their families take vacations during the school year, according to Tuttle. Illness would hopefully be an acceptable excuse, but where would the line be drawn between uncontrollable illnesses and things like hangovers and alcohol poisoning?

If you are hungover or in the hospital with alcohol poisoning, you should probably not attend class. But should the fine be enforced because these things would be the student’s fault? Family emergencies should probably also be excused, but only real ones like the loss of a family member, not things like the family cat stuck up a tree. That’s not real — don’t pretend.

This is not meant to scare people, and, to my knowledge, the K-State administration is not planning on implementing any sort of fine for missing class. And they shouldn’t ever. It would be a waste of everyone’s time, effort and students’ money. Just go to class, kids. Otherwise you will have a plethora of debt, and a job in retail or food service will not pay it off after you drop out.