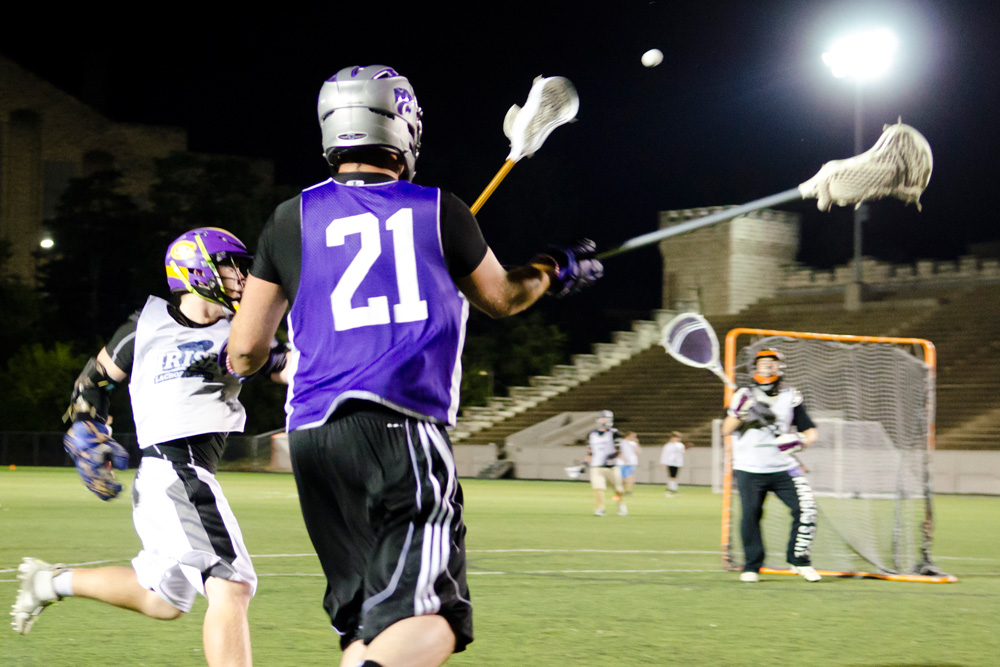 The K-State men’s lacrosse club team endured a tough 1-7 record last season and had issues with team depth and leadership, but they are looking to change all of that this year.

Mike Peabody, club president and offensive captain, is optimistic that the team can put the past behind them.

“We are looking to build a strong base for the future.” Peabody said. “We are going to have a much better season.”

Peabody explained that two seasons ago, the team was not able to participate in any matches due to a lack of participation. Since then, the number of people participating has increased and has allowed the team to gain more experience on the field.

This season the team plans to use more of a “control the ball” type of offense and limit the time of possession for their opponents.

While the offense focuses on ball control, the defense will be working on communication and working as a unit.

“The defense looks to be more aggressive, more as a unit.” Rixey said. “Communication is key, understanding where we are on the field.”

Rixey said that the defense had a lot of mistakes last year, and clearing the ball was the biggest  struggle of the season. Another key part of defense is positioning, which entails putting the opposing team’s offense in a vulnerable spot and therefore limiting their attacking angle. Rixey, however, said that practice is the most important part of developing the team’s skills.

“You’ve got to practice like you play — aggressively on every play, because you’re going to have that situation in a game,” he said.

While many players may not like to be on defense, Rixey relishes the challenge of limiting the other offense from scoring. Another reason for his love of defense is that he is able to hit opposing players when they come into his territory.

Rixey said he believes that the team will improve dramatically on both sides of the ball this year, due to the returning players and the incoming talent. He expects the team will make a statement that K-State lacrosse is back.

Jay Sweet, a former lacrosse player at K-State, said he is excited to watch the team play this season. Sweet played as a midfielder when the team was first started in 1989.

“It was pretty interesting because I had never seen a lacrosse game,” Sweet said. “That was the case for 90 percent of the people, it was very interesting.”

Dave McConnell, founder of the lacrosse team, introduced Sweet to the game.

Even though the team struggled that season, it was not due to a lack of effort.

“What we lacked in skill, we made up with in brute force and tenacity,” Sweet said.

Anyone interested in joining the team can send an email to lax@ksu.edu. Practices are Monday and Thursday at 9 p.m. and Tuesday at 9:30 p.m.