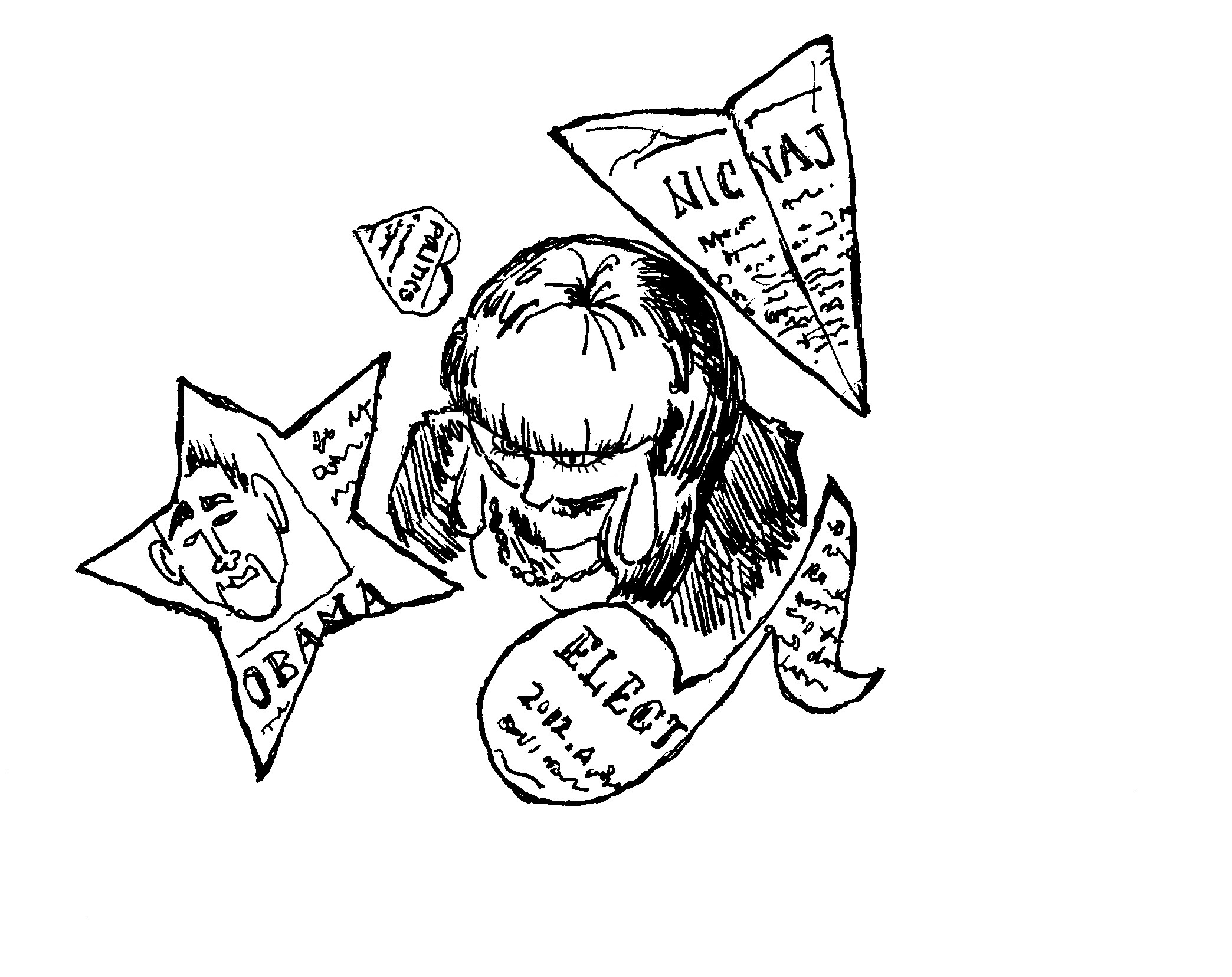 Nicki Minaj is best known for her crazy-colored hair, spitting fast-paced rhymes and having large assets. Something that Minaj is not usually associated with is politics, which is probably for the best. Minaj has given the world knowledge such as “Starships are meant to fly” and “He got that super bass” (what either of those things actually mean is anyone’s guess). With Minaj making such little sense on a regular basis, it was no surprise when she decided to bring her general air of ridiculousness to the field of politics.

In the song “Mercy” on Lil Wayne’s new mixtape “Dedication 4,” Minaj is featured on a verse saying, “I’m a Republican voting for Mitt Romney. You lazy b—-es is f—ing up the economy.” She has such a way with words. I really doubt that anyone would take anything Minaj says with more than a grain of salt. Hopefully her fans, “Barbz” as they are called, do not read too much into what she has said and vote the same way.

I mostly hope this is the case because soon after the song was scrutinized by the public, a DJ in Florida asked President Obama what he thought of the debacle.

Everyone in America is with you there Mr. President. No one ever knows whats going on in Nicki Minaj’s head. Probably some sort of dirty cotton candy factory.

Later Minaj responded by thanking the president for understanding her humor and sarcasm. I wonder if she actually knows what sarcasm is, because it is most certainly not being employed during her rap.

But its hilarious to say you are a Republican, right? Wrong. There is nothing humorous or sarcastic about what was said.

She went on to offer Obama her “love and support.” Now I don’t know about the president, but I would not be too quick to accept the support of someone who had just called me a lazy b—- and promised her vote to my opponent. But that’s just me.

But maybe Obama was right, maybe it was one of Minaj’s alternate personalities talking. Martha strikes me as a bit of a Republican, or maybe it was Roman. Gay Republicans are trendy right now.

But if it was one of these personas speaking and not actually Minaj should we take these statements to be meaningless? If they were said by characters made up by a woman who seems to me to be mildly insane, then I would say they are in fact meaningless, but also some sort of a cry for help.

Minaj is having, in my opinion, a personality crisis where all of her personas are fighting with each other. Currently they are engaging in a political debate, a debate that neither side will win. I would just like to be in the voting booth with her come November because I think she would have the loveliest conversation with herself.

“No, vote Romney, you ‘Stupid Hoe,'” her persona Roman would reply.

It would only escalate from there until Minaj left the booth in a brawl with herself. This is of course assuming that she is a registered voter, which I kind of doubt.

Now all kidding aside, Minaj clearly has no idea as to what is going on in the world of politics and should not be saying a thing. For some reason people look up to her and she shouldn’t lead them in the wrong direction. She can go back to talking about jumping in “hoop de hoops” and going to the beach and leave talking about Romney and Obama to the adults.