Home Community Opinion Amputee heroes can provide inspiration for all 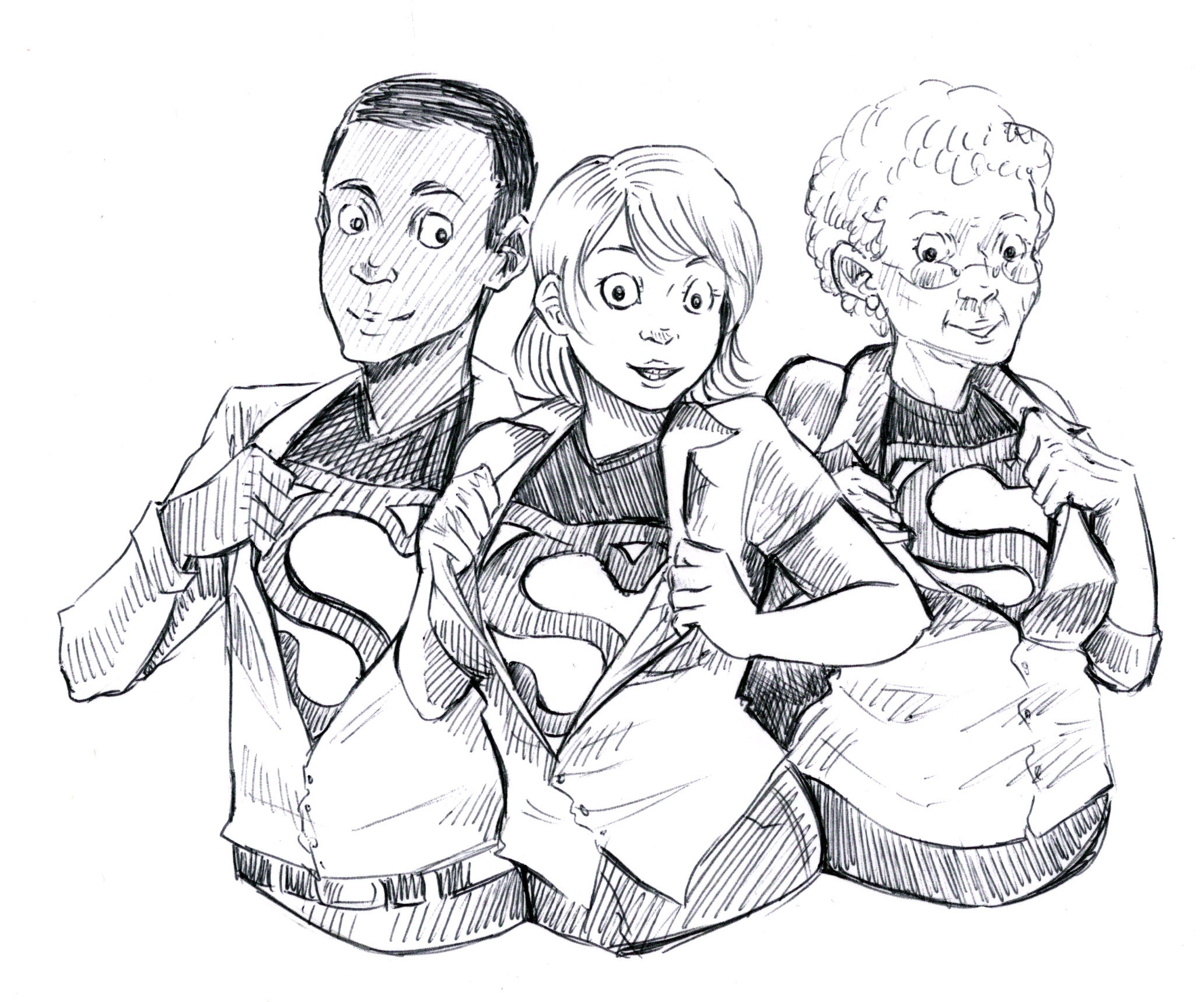 All of my best life lessons have been learned from science fiction. The lesson I gleaned from “Back to the Future” — “If you put your mind to it, you can accomplish anything.” It might sound a little hokey and overly optimistic, but it’s true.

Dogged determination and a can-do attitude can beat any obstacle life throws at you. It’s how Kirk beat the Gorn, Cool Hand Luke won the boxing match with Dragline and the tortoise beat that stupid hare. Lately, when I read the news, it seems that the only optimistic stories out there are the ones about people accomplishing great deeds in the face of adversity, and I’m grateful to those people because they remind me not to give up on myself or on the world.

The most recent example is that of Patience Beard. You might also know her as “the girl with the zebra leg.” Beard has a “zebra leg” because she is an amputee. A bone disease at birth caused her parents to make the painful decision to have the limb removed when she was just 9 months old. Since then, she has spent her entire life proving to the world that she can do anything.

When her parents tried to put training wheels on her bike when she was a kid, she demanded they remove them. She also took up gymnastics and cheerleading.

Now, I am not a fan of cheerleading. In fact, I think it’s ridiculous. But this girl makes me want to become a fan. Beard tried out for the University of Arkansas cheerleading team and made it  without any special consideration or accommodation. She had to prove that she could do all of the same stunts as her so-called able-bodied teammates, and she did. Furthermore, when running laps for warm-up each day, she never comes in last place. She is a force to be reckoned with.

But my favorite thing about her is the leg. She could have gotten a less obvious prosthetic that looks more like a real leg, or asked to wear pants or something, but no. Instead, she asked for zebra stripes. She is proud of her leg and not at all ashamed to show it off. I wish I had half of her confidence.

Another inspiration is Oscar Pistorius, a South African who became the first amputee to compete in the Olympics in London this summer. I remember following his story over the course of several months as he fought against the red tape and bureaucracy to get into the Olympics, as well as all the speculation and complaints when he made the qualifying time from people claiming that his artificial legs gave him an advantage over able-bodied runners.

It was sickening, and it made me angry to read about. I wanted to scream at the haters, “You idiots! If his running blades gave him an advantage, don’t you think more people would chop off their legs to get them? Don’t you think all the running records would be set by amputees? Just let the man run!”

Pistorius kept his cool way better than I did. His grace, dignity and determination got him to the Olympics. No, he didn’t win any medals, but he can call himself an Olympian. Can you? And at the closing ceremony he was chosen to carry the South African flag for his team. I was proud of him. I am not a South African or an amputee, so I had no real reason to cheer for him, other than the fact that I was simply moved by him. I wish I had half of his guts.

And finally, in midst of the ongoing war in the Middle East and all these horrible, sad stories of soldiers and civilians getting injured and killed, I read a story that gave me a bit of hope. In 2010, less than two years after becoming a double amputee, Dan Luckett returned to active duty to serve with his fellow soldiers. Luckett lost all of his left foot above the ankle and part of his right foot in an explosion in Iraq in May 2008. Less than a year later, he was able to run a mile in under eight minutes. His recovery time was utterly astonishing. I wish I had half of his fidelity.

These people remind me that if I put my mind to it, I too can accomplish anything. They remind me that no matter how crazy, or tragic or disappointing life is, greatness can come out of adversity if I don’t give up. They remind me that humanity is not all bad and that anybody can be a hero. I sincerely hope that it’s not just me. I hope they do the same for you, dear reader. If you put your mind to it, you can accomplish anything. Or, as Dory would say, “just keep swimming.”

Karen Sarita Ingram is a senior in English. Please send comments to opinion@kstatecollegian.com.