Home Community Opinion Bullying affects people all over country, taking a stand is only option 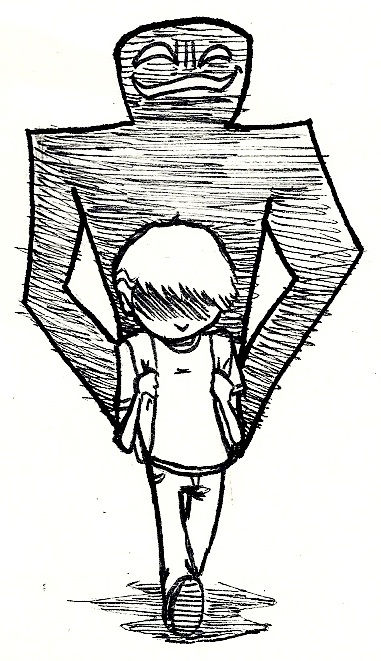 Chances are high that by this time in our lives, we have either been bullies, victims of bullying, or bystanders to bullying. How widespread is this issue? Are we, as a society, unconsciously perpetuating bullying? Bullying is not simply a sporadic issue that pops up in isolated schools; it is a huge problem that seems to be on the rise with little work toward prevention.

On May 13, 2010, the lives of the Smalley family of Perkins, Okla. were changed forever as a result of bullying. Ty Field-Smalley, an 11-year-old boy, was  a victim of bullying that drove him to suicide. On the last day of Ty’s short life, he was suspended from school after retaliating against the bully that had been picking on him all year.

His mother, who worked for the school district, took Ty home and told him to finish his homework and chores and to wait at home until she came back from work. Ty did neither; he went straight to his parent’s bedroom, pulled a .22 caliber pistol from the closet, pointed the gun to his head and pulled the trigger.

Before I heard about Ty’s story, I wasn’t aware how severe the problem of bullying had grown. Ty’s was the first story I had come across of a bullied child driven to suicide. However, after looking deeper into this matter, I’ve realized that Ty has not been the first and surely won’t be the last.

Many youth suicides have been linked to bullying. In today’s world, anyone can be a victim, and bullying can affect people from childhood into adulthood. It comes in many shapes and forms and affects everyone differently. The definition itself differs from person to person. What some might call bullying, others could see as child’s play.

Ty’s family reported that he had been bullied for the past two years. However, the school district claimed otherwise in a June 20, 2010, NewsOK article by Michael Baker.

“There is no indication that he was bullied at school,” said James Ramsey, superintendent of Perkin-Tryon Public Schools. ”Documentation doesn’t imply that that was a factor.”

This is despite the fact that the article cited an incident in the fifth grade in which another child had “poured chocolate milk over Ty’s head and an incident when a child said he was going to rape Ty,” according to Kirk Smalley, Ty’s father.

I believe that bullying is still a big problem youth today have to deal with. In one way or another, everyone alive has dealt with some level of bullying. I can recall instances of bullying in my own life from grade school to high school.

Even being a bystander has had lasting effects. I’ve felt moments of guilt throughout my life when recalling times I witnessed bullying. I’m haunted by the fact that I knew there was something I could’ve done, but instead I did nothing. These moments of weakness and fear have shaped me into the person I am today: no longer a bystander.

Schools across the nation have begun district-wide bully prevention programs in order to educate children, teachers and parents. Kirk Smalley has become a speaker and public figure of anti-bullying. Leader of the non-profit organization Stand for the Silent, Smalley has spoken in front of audiences around the world.

Bullying is a severe and widespread problem, but what are its origins? K-State’s own Mark Barnett, professor of psychology, believes that bullies learn this behavior first and foremost from home.

“They either experience or observe bullying sort of behavior at home; it is not a coincidence where many kids that are bullies have parents who interact with them in a very powerful sort of way,” Barnett said. “They do not discuss things with them, they just control them — or a parent who hits his or her child and uses their position of power to dominate. That teaches a mental model; that’s how you [the child] interact with other people.”

“The children were able to discriminate between Type 1 and Type 2 teasers and teases in their sociometric ratings and in their responses to hypothetical teasing scenarios,” Barnett said.

Fortunately, Barnett also found that these children reported having more experiences with prosocial than antisocial teases in their own lives.

In an email interview with Kirk Smalley, I asked if he had any words to say to K-State students.

“I’d like for all college students to know that they are the ones that have the greatest chance to change our world for its kids. The younger kids in your communities look up to you — you are their heroes, they want to emulate you,” Smalley said. “If you will lead by example, treat others with respect, allow everyone to just be who they are… The younger generations in your communities will see that behavior and follow your lead… And by doing this, that is how we will change our world for the better for kids everywhere.”

According to a July 5 Daily Herald article by Melissa Silverberg, Smalley has spoken to almost 500 schools and more than 600,000 people around the globe. Thousands more students experienced Ty’s story in the 2011 documentary “Bully,” in which his story is featured along with the real stories of five other teens. Seeing this moving film is what drove me to write this story.

My fellow K-Staters, I urge you to help prevent this problem. It only takes one person to stop a bully. It can make a profound difference to that person and can have a ripple effect if that person chooses to pay it forward. Please visit standforthesilent.org and get informed, and most of all, stand for the silent.

Sid Arguello is a senior in psychology and sociology. Please send comments to opinion@kstatecollegian.com.