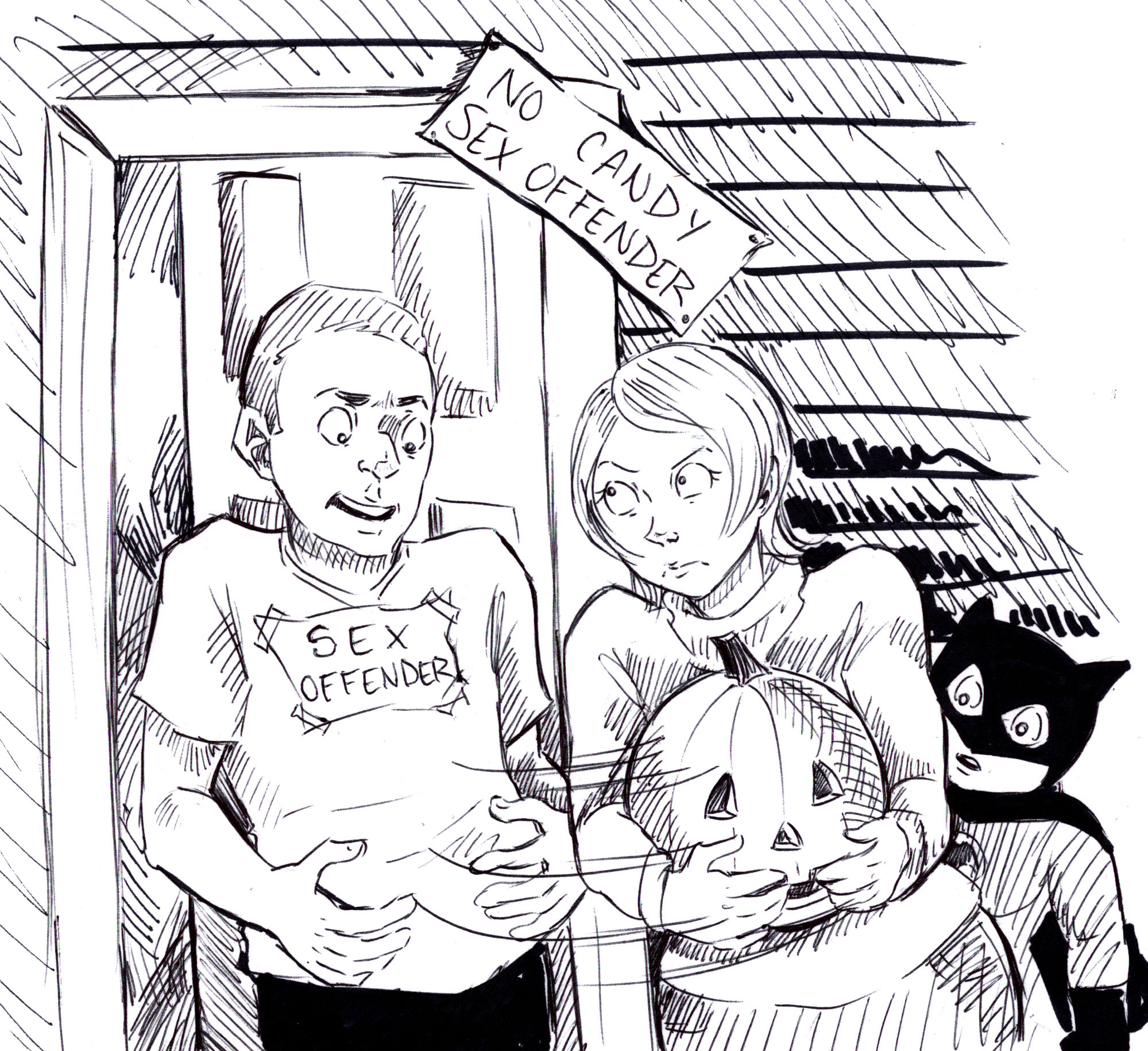 A new law in Simi Valley, Calif., has banned registered sex offenders from decorating their homes for Halloween. They are also not allowed to pass out candy or to turn outside lights on, and they must post signs stating there is no candy at the residence. All of this makes a lot of sense; these are not the kind of people that I would want around my future children, but I have to wonder if lawmakers have taken things a little too far.

First of all, no Halloween decorations? Holiday decor is, overall, tacky and horrible, but if these people want to decorate their homes there should not be any reason that they cannot. One man who has filed a lawsuit against Simi Valley said that his children are not even allowed to carve pumpkins and put them on their porch. That is just sad.

I’m sure that lawmakers didn’t mean to ruin the holiday for these kids, but they inadvertently have. I’m sure that both the children and their parents have already suffered enough for these sex offenders’ past indiscretions, so let these kids carve a pumpkin.

If I was one of those kids, I would carve a pumpkin, put it on my porch and if anyone had anything to say about it, I would tell them it is not Halloween decor but simply a fall decoration.

Next, these former criminals are not allowed to pass out candy. I’m not sure if that is for safety’s sake or just so parents can let their kids run rampant on Halloween night without worrying about supervising them.

Honestly, what do they think is going to happen within the 30 or so seconds that they interact with each child? They will ask what the child is supposed to be, give them some candy and what, pull them into their house, throw them down the stairs and lock them in the dungeon? Seems unlikely to me, but if anything remotely similar were to happen, my first question would be where on Earth were that child’s parents?

They should have been two feet away from their child, not two blocks away at home. I understand that parents are worried about the safety of their children, but if they were around like they should be they could stop any sort of horrible situation before it happens.

Lastly, all lights must be turned off and a sign must be posted saying that there is no candy at the house. The lights being off makes complete sense. People know that if the lights aren’t on, there is no candy at the house and they shouldn’t waste their time trying. But for those people not smart enough to realize that the lights aren’t on because no one wants to give them candy, there must also be a sign. The sign must have letters that are at least one inch tall. I think this is the point where this law goes from ridiculous to just plain stupid.

The signs may help people know not to bother trick or treating at that residence, but it also lets people know exactly who lives there: a sex offender. Now, the other residents have the right to know, but if this is the way they find out, they could become cruel to their neighbors for their past. Teenagers in particular might go wild with the eggs and toilet paper at these houses now that they know what that person has done in the past. That just doesn’t seem fair to me.

Yes, these people have all made mistakes — big mistakes, and I’m not trying to gloss over that fact, but they have all already done the time for their crimes. If they were currently doing anything wrong, they would still be locked up. These people are trying to start their lives over, but the Simi Valley court system is trying to make that completely impossible for them.

If they are going to put these people’s mistakes on display for the entire community to see and make them suffer by basically depriving them of Halloween, then everyone should have to own up to their past and pay the same price.