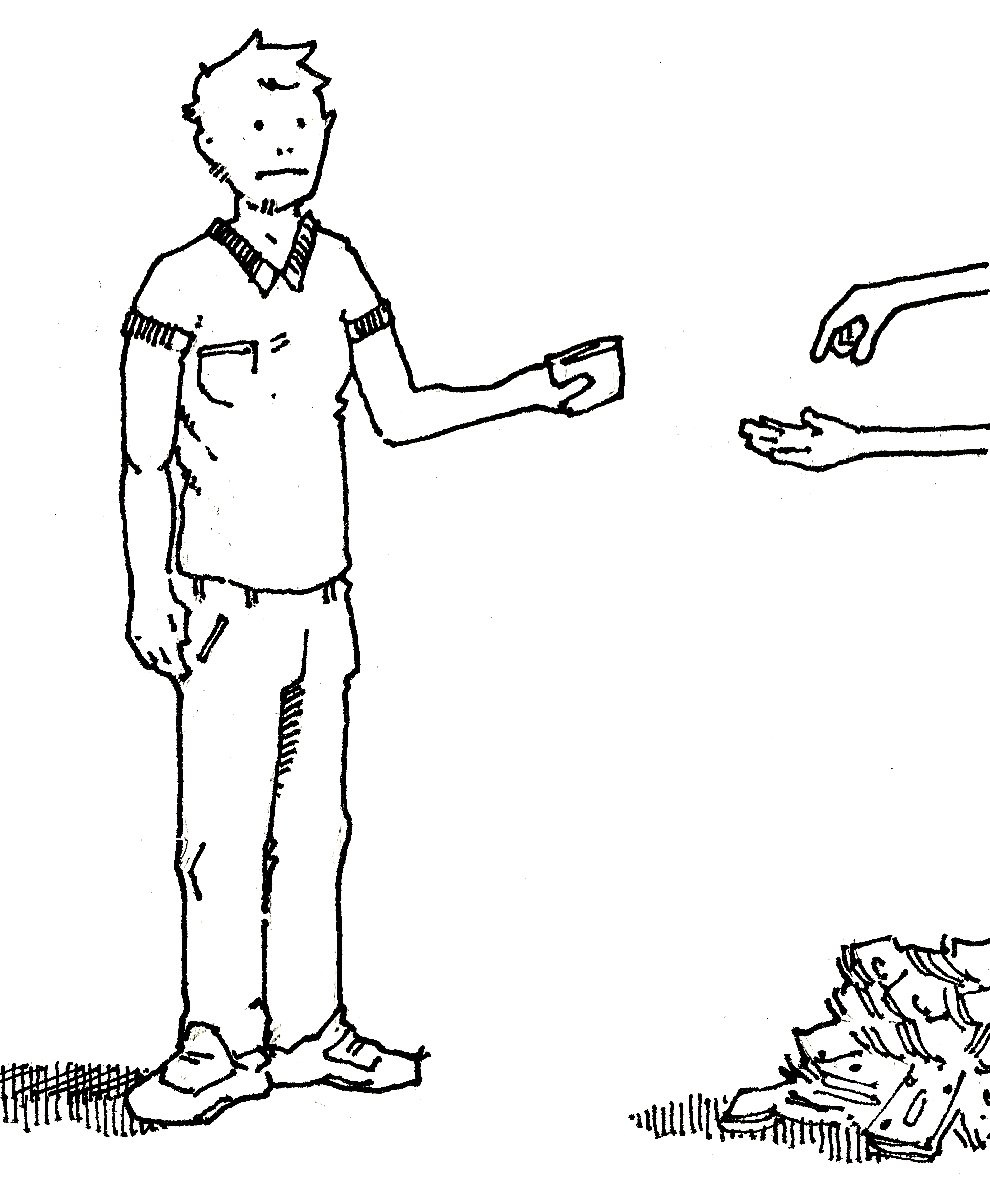 Student debt affects a huge portion of the population, and the percentage of those in debt is continually rising. According to a May 12 New York Times article by Andrew Martin and Andrew Lehren, there is more than $1 trillion in student debt in the U.S., and this figure will undoubtedly rise with the cost of tuition.

The average debt for a student in 2011 was $23,300, according to the New York Times article, and I believe this number will only increase in the future due to the poor economy and decrease of funds received by the state.

“I’ll be paying this forever,” said Chelsea Grove, 24, who dropped out of Bowling Green State University and owes $70,000 in student loans, according to the article.

Grove is not an exception to the rule, but is, in my opinion, the norm for many students.

“There are a number of opportunities to help students pay debt,” Moeder said.

One subsidized loan for students with low income does not incur any debt while the student is in school, but starts at 3.4 percent interest after graduation. Another starts at 5 percent. Both of these loans are based on income. An unsubsidized loan starts immediately after the loan is obtained with an interest rate of 6.8 percent. K-State, however, tries to help students who have incurred more than one of these loans and combines them so that the student is only making one payment a month.

Besides helping students consolidate loans, K-State has a group dedicated to student money management called Powercat Financial Counseling, which helps students manage debt and gives practical money advice. It is, therefore, not surprising that only 4.3 percent of K-State students either do not pay their money back or fail to make minimum monthly payments on time.

According to a K-State Telefund supervisor, K-State used to receive more government funding, but that number has significantly dropped. While K-State still gives out a number of scholarships, according to the Telefund it will not be able to do so if there is a decrease in sponsors. The good news is that, despite the economy, K-State continues to see an increase in private funding.

The university, however, will still be affected if the government continues to decrease the amount of financial support they provide, and the result will be an increase in tuition. Tuition at state schools in general has increased by 72 percent according to the New York Times article. The government continues to give less to universities because it believes that the universities could raise the money on their own.

State legislators and government officials need to realize that the money raised by schools not only goes toward scholarships, but also to improving faculty, campus safety and other important aspects of a quality university. And even though universities like K-State raise a substantial amount of money and give a majority to scholarships, according to K-State Telefund, they are still forced to continually raise tuition.

Another factor in debt is the economy itself and its affect on students. For those students who do not have a full ride to college, which is most of us, going to school and maintaining a job is our only option. The economic depression results in fewer jobs and lower salaries, which will make life after college difficult even for those without loans to pay off. The bad economy also affects those who get help from their parents. Many students’ parents could lose their jobs, making it harder for them to help out with loans and education costs.

In addition to the increase in student’s average debt, there has also been an increase in student loans in general. According to the New York Times article, more than 66 percent of students who obtain their bachelor’s degree borrow money for college, which is up from 45 percent in 1993.

Students are in troubled times in terms of finances and student loans. The government is contributing less and less each year, and the only potential solution is a solid paying job after graduation and a hope that the economy will improve.

John Forsee is a junior in journalism and mass communications. Please send comments to opinion@kstatecollegian.com.