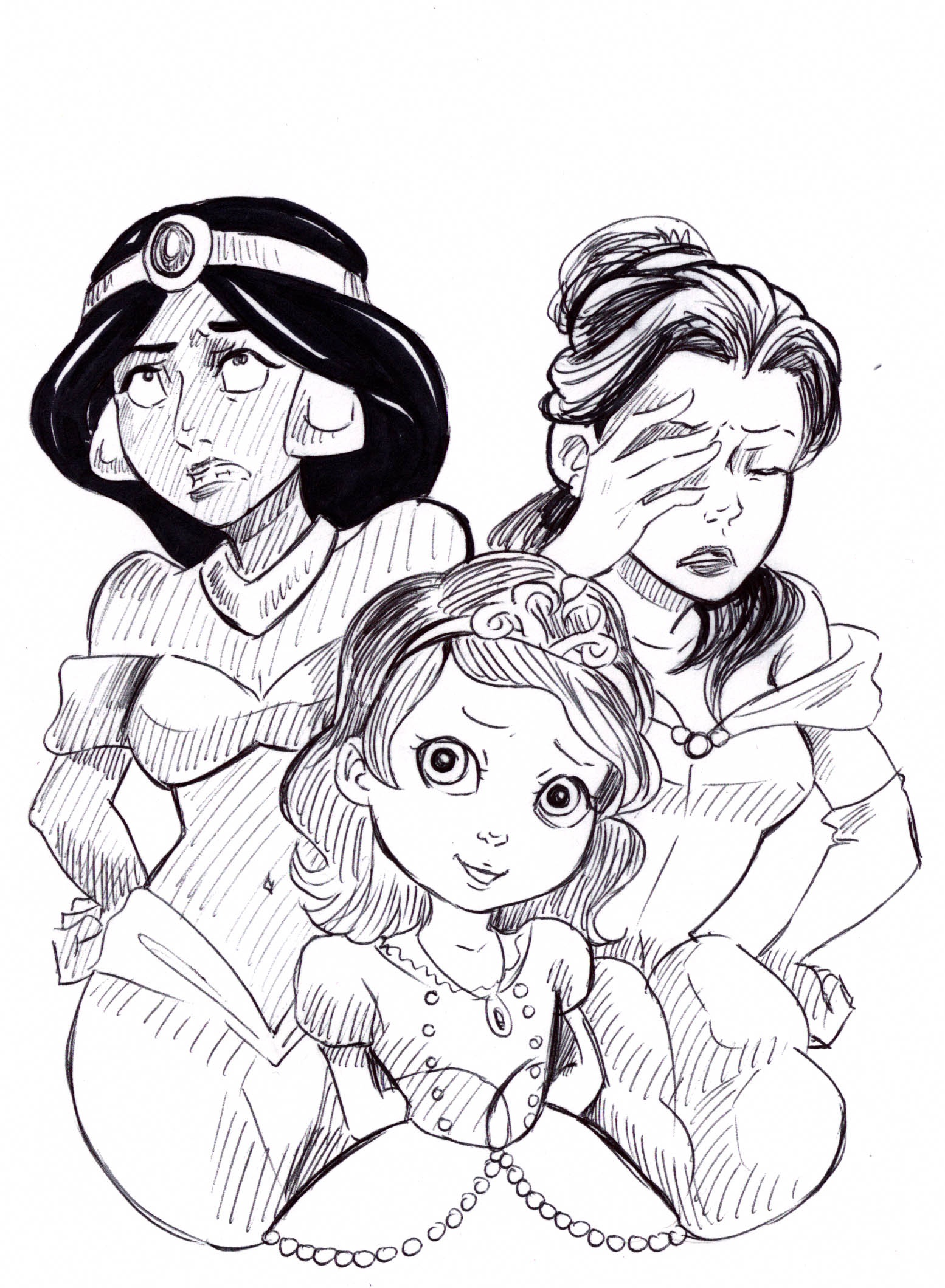 Disney recently announced a new addition to its “Princess” franchise named Princess Sofia. Sofia was originally announced as the first Latina princess; however, this was later rescinded by the company who instead described the princess as “a fairytale girl who lives in a fairytale world.”

In denying Sofia’s heritage, Disney groups her with all of the current princesses, which seems wrong to me because Sofia is nothing like the other members of the brand. Princess Sofia is the most recent example of horrible business decisions Disney has made to ruin Walt Disney’s legacy.

The problem with Sofia should never have been her race. The princess brand is clearly not a racist one. Jasmine is of Arabian descent, Pocahontas is Native American, Mulan is Chinese and Tiana is African-American. Sofia’s race is not the problem: it is everything else about her that is wrong.

First of all, there is the fact that Sofia’s story is not based on a well-known fairytale like the other princesses. Sofia’s story is simply that of a young girl whose mother marries a king. The idea is that due to Sofia’s young age (she doesn’t appear to be older than 10) and the fact that she is not born a princess, she will be more relatable to young viewers.

What has me confused is this: since when are princesses supposed to be relatable? Isn’t the whole point of a fairytale that it is supposed to be an escape from reality? Making Sofia a regular girl ruins the fantasy of the princess brand and makes little girls delusional, allowing them to think that they too can be princesses.

This delusion is cemented by the fact that Sofia’s story seems to take place in the present, where being a princess is merely a vanity position in the few countries where monarchies still exist. At least Disney had the sense to set stories like “Sleeping Beauty” and “Beauty and the Beast” in the past so girls were less likely to think they could fall in love with a beast man or fall into an eternal sleep. Sofia is just going to make little girls beg their mothers to marry kings so they too can become princesses.

Another serious problem with Sofia is that on her show (That’s right, Sofia isn’t even getting a real movie like the other princesses) she is going to interact with other Disney princesses. This could very well make the entire Disney kingdom crumble to the ground.

Andy Mooney, chairman of Disney Consumer Products and creator of the Disney Princess franchise, said that when the princesses are grouped together they never make eye contact in order to preserve their individual mythology.

Now the mythology of princesses may not sound like a big deal, but when you think of Pocahontas or Mulan interacting with each other or any of the other princesses, it just seems strange considering that each of them would be hundreds of years old by the time Sofia had been born. It’s just wrong.

This may all sound silly to some people. “Why should we care about this Princess Sofia and how she is ruining the Disney Princess brand?” you might ask. Well, let me tell you.

Disney was a major part of my childhood, but recently I have been disgusted by almost everything they have done. Countless straight-to-DVD sequels for all of the classic movies, their seeming inability to make great animated movies recently (with a few exceptions such as “Tangled”) and a focus on CGI and 3D effects instead of good story telling have ruined my opinion of the current state of the company.

I hope that in the future Disney goes back to making great traditionally-animated movies instead of abominations like “Sofia the First: Once Upon a Princess.” I don’t think Walt Disney would be too impressed with Disney right now and neither am I.