“Happy birthday K-State,” was the phrase on the crowd’s lips as hundreds of K-State’s closest friends celebrated the university’s 150th birthday at the K-State Sesquicentennial Kickoff on Thursday in Ahearn Field House. Students, staff, faculty and community members came to campus to celebrate and learn more about K-State’s long history.

I think it’s spectacular; I like this setup,” said Azsha Thompson, junior in finance. “This really shows the expansion of the university.”

People who walked into Ahearn Field House on Thursday from 1 to 7 p.m. found the indoor track covered with multiple displays, organized in the form of a timeline.

“Every college is represented, as well as other K-State organizations and events, like K-State 2025, the Landon Lectures and various student groups,” said Jackie Hartman, K-State chief of staff and director of community relations. “We asked each college to send us a representative, and they are running their displays. The displays are professionally produced and will go back to their respective colleges after the event.”

Visitors were encouraged to walk through the K-State timeline, speaking with college representatives along the way.

“We have over 400 volunteers helping us today,” Hartman said.

The official program began at 4 p.m. with an address by K-State president Kirk Schulz. Schulz said that multiple generations of K-State students and families were in attendance at the event.

“Today kicks off what will be a nine-month-long celebration,” Schulz told the crowd. “There will be shows, programs and activities going on, and everyone is encouraged to be a part of those.”

For those who couldn’t attend the live program, video streamed online and on K-StateHD.TV. The program included education and entertainment, featuring a short video that chronicled K-State’s founders.

“I’m enjoying the history portion. I find it very interesting,” Thompson said. “I also like how they’ve put up banners that mark K-State’s progress through the years.”

“We have the orchestra playing today; the Pride of Wildcat Land is here, and In-A-Chord is singing a special arrangement,” Hartman said.

The Pride of Wildcat Land, K-State’s official marching band, engaged the audience in renditions of the K-State fight song as Willie the Wildcat led the crowd. The K-State Orchestra and In-A-Chord then performed songs arranged specifically for the event. Call Hall and Sodexo Inc., the K-State Student Union’s food service provider, also contributed original offerings for the event with specially made cupcakes and a new flavor of Call Hall ice cream.

“The special Call Hall ice cream will be available for the next nine months,” Hartman said.

Government officials arrived at the event to speak about K-State’s history and achievements. Among them were Andy Tompkins, president of the Kansas Board of Regents, and Kansas Governor Sam Brownback, who is also a K-State alumnus.

“Today has impacted me the most just through the recollection of this place,” Brownback said. “That’s why my remarks were about place. Places are important parts of our journey as people. K-State was an integral part of my own transformation.”

K-State’s history was highlighted by several past student body presidents who attended the celebration to recount the memorable events that occurred at K-State while they served their terms. Six former student body presidents, including current president Nate Spriggs and Pat Bosco, vice president for student life and dean of students, shared their stories, among them the foundation of the K-State Student Union in 1941 and the creation of the Wabash Cannonball dance in the 1970s. President Schulz also shared some of his own favorite moments from his term.

“The highlights of my time here were winning [this year’s] Big 12 [football] championship, our first $5 million gift and when we broke $100 million in fundraising,” Schulz said. “Those stand out as highlights of my first four years of serving as president of K-State.”

Schulz added that the music was his favorite part of Thursday’s event.

“I loved the musical performances. The band and In-A-Chord were integral parts of the celebration today,” Schulz said.

Members of In-A-Chord said that singing for the crowd, the governor and the executives of K-State was an exhilarating experience.

“It was absolutely an honor to be here performing. The energy was crazy — you could feel it,” said Sarah Webb, In-A-Chord performer and sophomore in music education.

The performers said they all felt a sense of belonging, even with the nerves they felt before going onstage.

“It felt like home,” said Vanessa Bell, In-A-Chord performer and junior in music. “I felt like I was singing with family.”

In-A-Chord sang a medley of K-State songs to celebrate the history and transformation of the university. The Wabash and the fight song elicited singing and dancing from the crowd.

“It was a great event,” said Evan McMican, In-A-Chord performer and junior in marketing. “It was a difficult piece to learn, but very rewarding.”

The music, the speakers, the history and the camaraderie made the kickoff event a success for President Schulz. The best part about it, he said, is that it isn’t even over.

“Over these next few months, you’re going to see a lot of things celebrating the 150th popping up around campus,” he said. 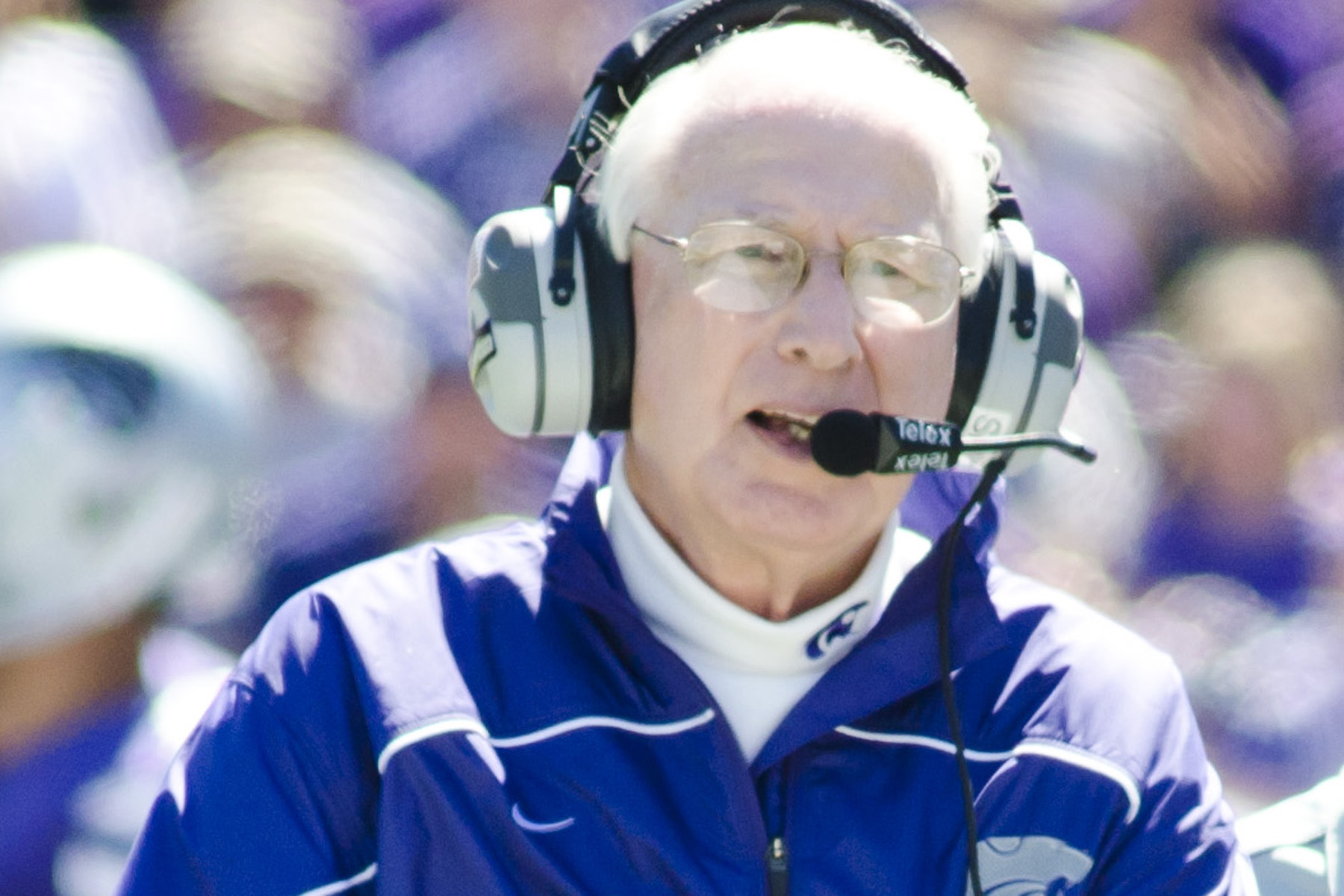 Wildcats making sure not to overlook North Texas Mean Green