The sound of dried rice and beans swishing into plastic bags filled the air of the K-State Union Grand Ballroom Tuesday night as nearly 50 volunteers packaged food to be sent to the Flint Hills Breadbasket. Their efforts answered the question posed by hunger relief organization leader Rick McNary, who asked a crowd of students and citizens “What can you do?” while speaking for the Lou Douglas Lecture Series.

“These packaging events are great ways to get involved,” McNary said. “But students can also become more aware and then engage.”

McNary, a Kansas resident, spoke to the crowd of students, faculty and community members about the “Three Keys to Solving Global Hunger.” McNary told the audience that education, enablement and engagement were the necessary steps to turn the tide in an increasingly bleak world hunger situation.

“There are currently 925 million people starving in the world, and 25,000 die each day from hunger,” McNary said. “That means it would take two days for the entire city of Manhattan to be gone.”

In addition to educating the audience about the global predicament, McNary encouraged them to start at the local level. This prompted the volunteers to package food after the speech, preparing 5,000 meals in an hour.

“There’s power in a community,” McNary said. “We are setting a standard here.”

“I knew it was a big problem, but I didn’t know it was that big of a problem,” Gonzales said. “Just the numbers amaze me.”

As a global presence in hunger relief, McNary travels to several areas of Africa to distribute food and education. McNary and his wife founded Numana, a nonprofit organization that quickly generated over 20 million meals for the Salvation Army to aid Haiti’s recovery after the 2010 earthquake. On his first international trip as a pastor, he met a little girl who begged him to feed her. McNary was inspired to devote his life to aiding hunger efforts.

“In my first brush with poverty, I experienced it with all five of my senses,” McNary said. “Hunger isn’t just a humanitarian issue for them, it’s a national security issue for us.”

McNary went on to say that governmental policies truly controlled the hunger situation in each country. Lack of food leads to riots, a concern not only for third-world countries, but for America as well.

For those reasons, McNary spoke on educating the public about the issue, enabling them to do something important and engaging them to continue in efforts to aid hunger locally and globally.

“People really do care, but they want to do something that matters,” McNary said. “Often it’s said at these events, ‘I’ve never had so much fun doing something so good.'”

McNary’s Lou Douglas Lecture was one of many activities he participated in while at K-State on Tuesday. The Kansas Hunger Dialogue, an event McNary developed and organized, was held earlier in the afternoon, with several different organizations represented.

April Mason, K-State provost, listed the United Way, the Breadbasket, the AARP and a number of churches and soup kitchens as some of the groups in attendance.

McNary said he was happy to see the result of the day’s events.

“A hunger dialogue is just a conversation to bring people together,” McNary said. “The Kansas Hunger Dialogue brings different schools together, but the one K-State held today brought the community together.”

Mason, who had previously worked with McNary, had a hand in bringing him to Manhattan on Tuesday.

Gonzales said she thought the food packaging event and the lecture paired well together.

“I thought it was really interesting,” Gonzales said. “We don’t really think about the global issues sometimes, but it’s good that we are helping locally.”

The Lou Douglas Lecture is held annually to focus on issues of social justice, human rights, world peace and international development. McNary stayed after his speech to speak with audience members and share more of his personal stories. One question he answered was about the little girl he met who first gave him the drive to end world hunger.

“The little girl is all grown up, and going to school. She’s a beautiful girl,” McNary said.

In closing, McNary told the audience what they could do to make a difference today.

“There are various organizations who could use volunteers, and students can take it upon themselves to do research projects to learn and educate,” McNary said. “I believe our number-one goal has to be the restoration of human dignity.” 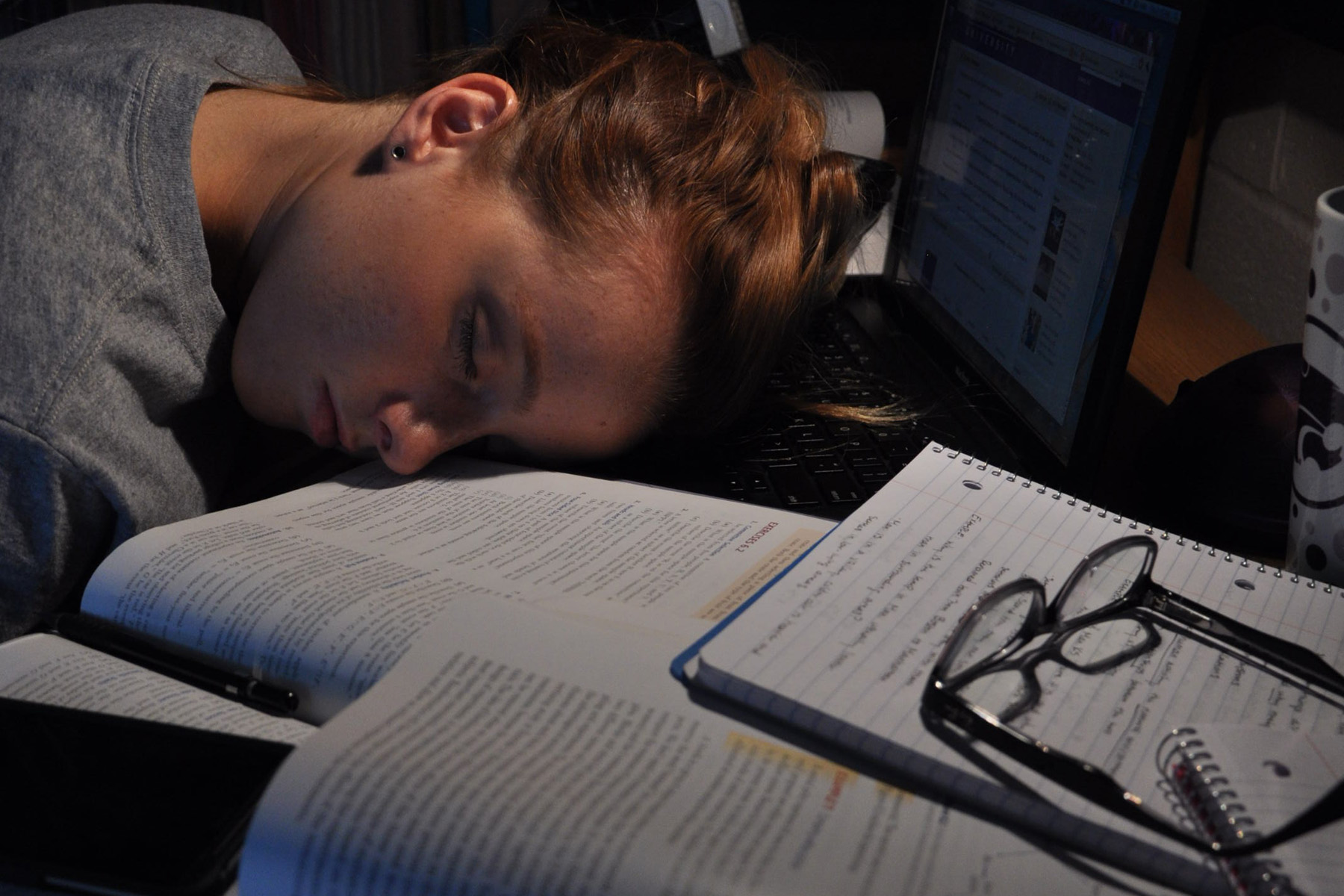