The 57th annual K-State Rodeo concluded Sunday with two K-State students ranking within the top 10 of their categories. The three-day event was hosted in Weber Arena and organized by the K-State Rodeo Club.

With the event beginning Friday at 7:30 p.m., the K-State Rodeo Club was immediately faced with the challenge of the weather.

“First, we had to decide whether or not to have it,” said Doug Muller, assistant instructor of animal sciences and industry and Rodeo Club coach. “With the snowstorm, it was kind of stressful, but we decided to go along with the event.”

Students were present at Weber Arena Thursday and Friday afternoon clearing space for the rodeo. The students made sure that the participating animals were comfortable, and had enough space.

“Our kids had to really pull together to move all the snow,” said Beth McQuade, Rodeo Club adviser. “The students did everything, from moving the snow to pushing cattle, everything you saw at the rodeo was taken care of by students.”

A wide array of competitors entered the competition despite the inclement weather, according to Muller. K-State’s Rodeo Club is a part of the Central Plains region, which includes Kansas, Missouri and Oklahoma. Out-of-state competitors made up to eight-hour drives to attend the rodeo. Only a very small percentage of participants dropped out.

“We had over 600 entries,” Muller said. “I don’t think the snow bothered anyone.”

The same was true for the audience.

“We had a pretty good turnout all three days. Friday was light, but Saturday it was packed,” Muller said.

The event organizers changed the schedule to ensure the health and safety of the participating horses, bulls and other animals.

“We added an intermission, which is something we never do, to accommodate our animal athletes,” McQuade said. “We did it to help them warm up and make sure they were comfortable.”

Muller and McQuade said that the event was a success largely due to the student work effort, but even the students had a surprise in store for them. In addition to winning 6th place in her event, Elli Ouellette also roped herself a man.

“Elli was proposed to by her boyfriend Saturday night at the event,” McQuade said. “Her now-fiance, Daniel Unruh, is a bullfighter on our team.”

The K-State Rodeo Club plans to participate in several more events in the season. Despite the initial stress, McQuade said the weekend was a reminder of what a strong community that rodeo can build.

“Rodeo is not just a sport, it’s a family,” McQuade said. 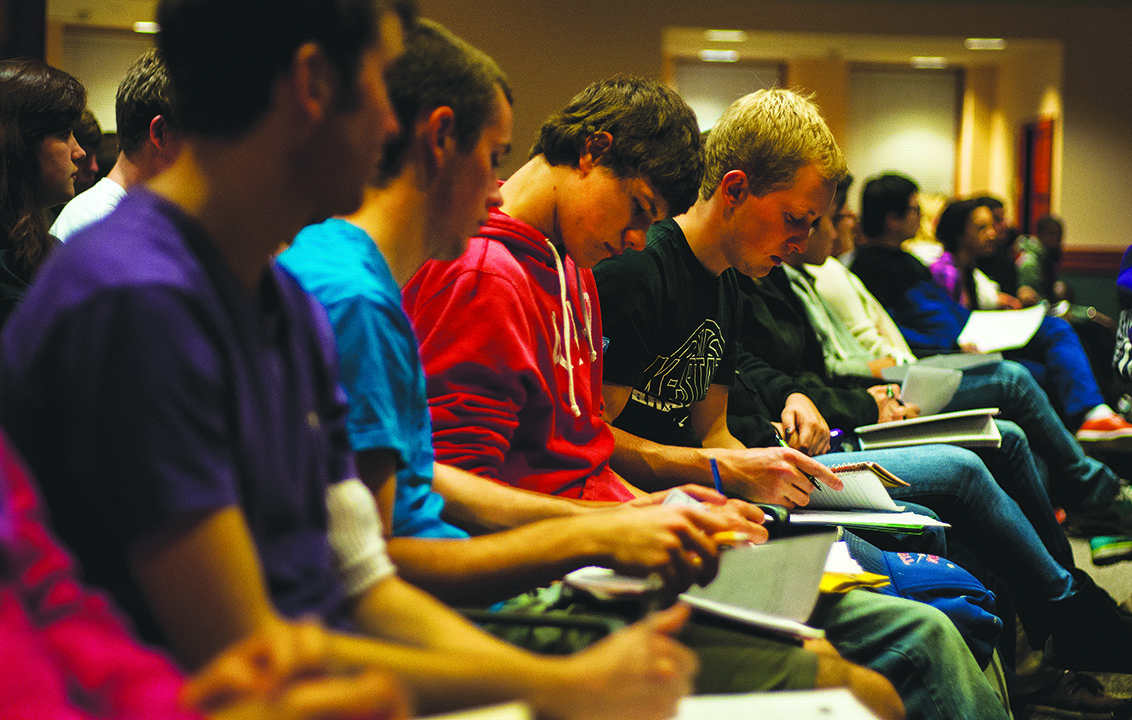