Sunset Zoo announces names of baby chimpanzee, bobcat
Two animals recently born at the Sunset Zoo have officially been named. A 6-month old bobcat kitten has been named “Mittens” and a 4-month old chimpanzee infant has been given the name Nkutukoto (pronounced en-koo-roo-koh-toe), which means “faith” in the Samburu language of Kenya, Africa. Both baby animals were named by local community members as part of a silent auction during the zoo’s annual Wine in the Wild fundraiser event on June 1. Participants wrote their bid on a piece of paper, and the highest bid won the right to choose a name for the animal of their choice.

Scott Shoemaker, director of the Sunset Zoo, said this is the second time the zoo has used a silent auction to name baby animals. A baby colobus monkey was named by silent auction at last year’s Brew at the Zoo event. Shoemaker said using a silent auction seemed to be a fairly successful method of naming animals, as it helped to raise public awareness and money for animal charities. The money raised for naming the baby chimp, for example, was donated to the Jane Goodall Institute for chimpanzee conservation.

“The money actually helps some of the animals in the wild,” Shoemaker said. “It’s a fun thing to do that gets the community involved.”

K-State students indicted for visa fraud
A grand jury indictment unsealed on Tuesday charges nine K-State students from Nepal with visa fraud and conspiracy to commit visa fraud. The students, whose ages range from 32 to 43, allegedly maintained their non-immigrant visas by obtaining temporary funds in order to receive financial statements that showed that the students had the necessary financial resources to support themselves and their dependents while they pursued their degrees.

According to a Tuesday Topeka Capital-Journal article, the indictment claims that the students borrowed money temporarily from fellow Nepalese students in the beginning of the fall of 2008 and then returned the funds after receiving a notarized bank letter.

Assistant U.S. attorney Richard Hathaway is prosecuting, and the students could each receive a maximum penalty of 10 years in federal prison and a fine of up to $250,000 for each count if they are convicted.

K-State granted four-year concealed carry exemption
K-State has been granted an exemption from Kansas House Bill 2052, which allows the possession of firearms in state and municipal buildings unless adequate security measures are present at public entrances. Effective July 1, the bill defines adequate security measures as “the use of electronic equipment and personnel at public entrances to detect and restrict the carrying of any weapons into the state or municipal buildings.”

During the four-year exemption period, the university will evaluate the costs and staffing necessary to maintain the security measures set by the law, according to a press release from K-State Communications and Marketing. New signs have been posted that identify the exemption, and the university’s weapons policy will remain the same.

According to WIBW, all other Kansas Board of Regents schools requested exemptions as well.

Fireworks ordinances in Manhattan restrict times, types of fireworks
The City of Manhattan and Riley County Police Department have announced a number of city and state ordinances regarding the sale and usage of fireworks on their websites.

Matthew Droge, public information officer, said one of the most common calls on or around the Fourth of July holiday is disturbing the peace. Fireworks may be set off between the hours of 8 a.m. and midnight from July 1 to July 4. Droge said it was important to respect this time frame because many people have to work in the morning and setting off fireworks very late at night can be disruptive. 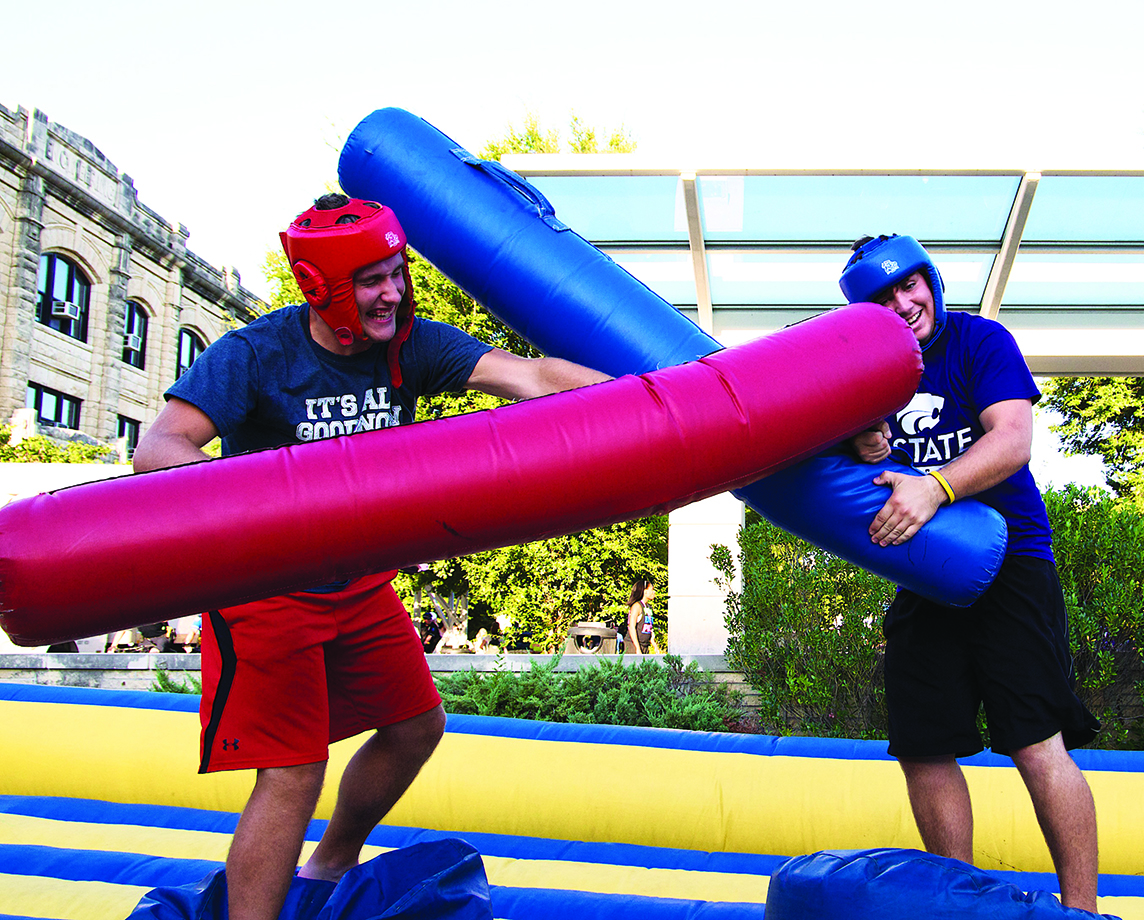