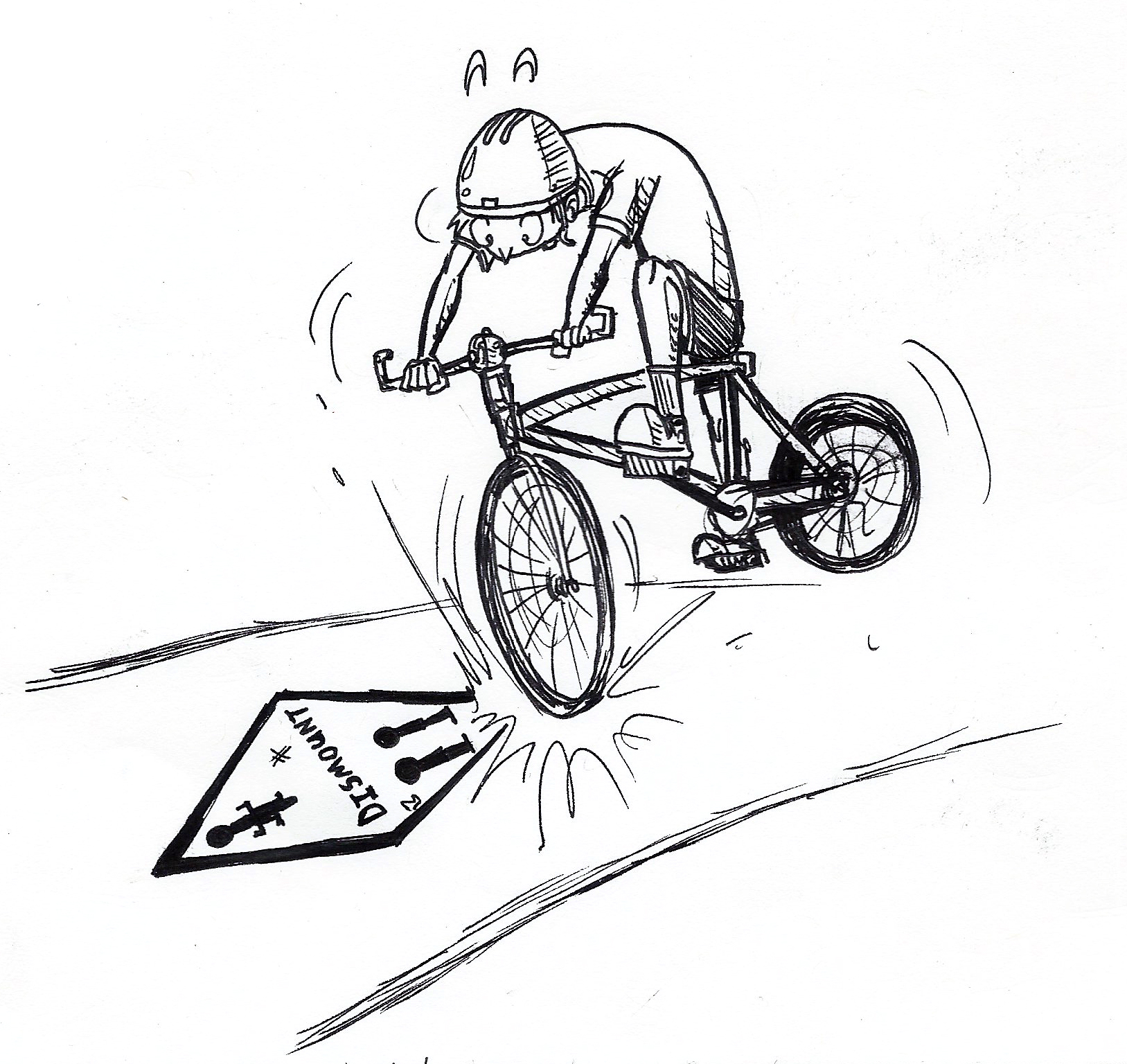 This current semester brings new signs to the sidewalk. I’m not just talking about the fun chalk signs that you can read as you walk by – I’m talking about the ugly bicycle traffic signs that have been added to campus. These abominations are unnecessary and ruin the pristine look of campus. I’ve only seen one I could stand to look at, and it was altered with chalk to read “yield to penguins.”

Unless we improve all of the signs similarly, I just don’t want to look at them. And putting up actual signs would make it worse. Instead of a nice walkway, we would have the appearance of a charming highway in the middle of campus.

To make matters worse, all of the signs have been defaced – but not with chalk. You won’t find a bike sign on campus that doesn’t have tire treads on it. So not only has the sidewalk been marked up with signs, but the signs have been marked up. They have only been here half a semester and they already look like they need to be replaced. There are greater things I’d rather my tuition money be going to than maintaining these ridiculous signs.

This begs a question: was there an epidemic of bike crashes involving pedestrians last year? As far as I can tell, the bike signs were added to allow bike traffic through every part of campus. Something that was already happening before. And I don’t recall an upswell of hatred against bike traffic by pedestrians. I think this sign idea is an overreach that puts all the blame on the cyclists.

And why should it all be on the cyclists? Last I checked, it takes two objects to have a collision, and I think cyclists are getting a raw deal here, especially since people are glued to their smartphones 24/7 and love to play chicken with the bikers. I’ve seen it many times. Bicyclist and pedestrian are going down the same stretch of road. They both move to get out of each others’ way, but the pedestrian does a double deke and the biker has to pull a triple deke to avoid running the person over. It’s a lot harder for the biker to maneuver when having to put up with pedestrian antics.

And its not like bikers have an easy time on campus. When we had a problem with parking the university built a parking garage. Yet, we assume that only 10-20 people bike to a building at a time. There are about 4,000 students living on campus with many more in off campus housing adjacent to campus. It’s likely we have fewer bike racks per cyclist than the Titanic had lifeboats per passenger.

This atmosphere of not requiring those on foot to pay attention has got to go. It will only be a matter of time before someone steps in front of a bike, and one side of the equation can only do so much to avoid a problem. These signs are unfair to cyclists and look horrible. Let’s get rid of them.

Patrick White is a senior in journalism and electronic media. Please send all comments toopinion@kstatecollegian.com