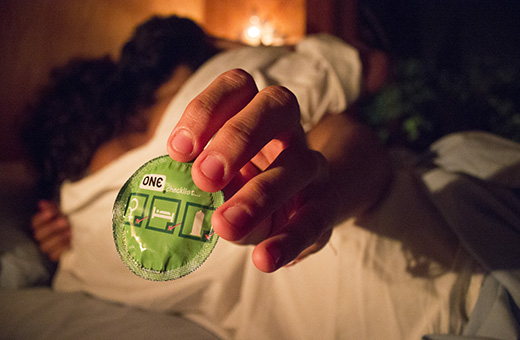 Many college students experiment with various boundaries while they are away from their hometown for college. Their familiar authoritative figures are no longer around to keep an eye on their behavior.

Among these experiments, students may find themselves considering having sex with their significant other – or maybe just someone who they are relatively attracted to. However, before doing anything, students should have a plan for if they decide to engage in any kind of sex.

One of the first things students need to know is that there is only one 100 percent reliable form of birth control: abstinence. No matter what kind of birth control a woman is prescribed or how frequently a man uses a condom, with sex there will always be the risk of becoming pregnant or contracting a sexually transmitted disease.

S.H.A.P.E. is a student organization that works to educate K-State’s campus about what healthy relationships look like, the risks of having sex in college, as well as how to stay safe in a sexual relationship with one or multiple partners.

Julie Gibbs, assistant director at Lafene Student Health Center, is the adviser for S.H.A.P.E. She works with students to ensure that K-State’s campus is aware of the safest ways to have sex, as well as inform about the possible consequences.

“The most effective way [to practice safe sex] is of course abstinence,” Gibbs said.

Gibbs explained that the exchange of any bodily fluid is considered “having sex.” She also said that students who are sexually active should take necessary precautions to stay safe while having any kind of sex.

“We don’t promote or demote sex, we want everyone to know that,” Gibbs said. “We just want to keep everyone safe.”

There are many different STDs a person can develop. One includes the human papillomavirus, one of the most common STIs in the U.S. According to Lafene’s records, HPV is the most common STI on K-State’s campus. According to the website for the World Heath Organization, the authority for health within the U.N., “Cervical cancer is the second most common cancer in women, with an estimated 530,000 new cases every year.” WHO went on to report that there are more than 270,000 deaths from cervical cancer a year.

While HPV itself is not cervical cancer, there is evidence linking the virus to its development, and according to the Centers for Disease Control and Prevention, that 79 million Americans are currently infected with an HPV strand. Furthermore, the CDC stated that 14 million U.S. citizens will become infected each year.

An HPV prevention option given by healthcare centers is Gardasil. Gardasil is approved for use among women between the ages of nine to 26 years old to help stop the four most common strains of HPV. The CDC recommends the Gardasil vaccination shot for boys and girls between the ages of 11-12.

Another HPV prevention method is a condom. Condoms – available for both men and women – are the most effective in preventing the spread of a variety STDs, in addition to preventing pregnancies.

Gibbs said she encourages women to make an appointment with the Women’s Clinic at Lafene if they are considering engaging in a sexual relationship. At the women’s clinic, provider’s will go through a physical exam and talk about birth control options openly.

During college, many students have discovered that talking about sex within a relationship can be difficult. S.H.A.P.E. understands that. Rhett Jones, senior in hotel and restaurant management and president of S.H.A.P.E., said honest communication is essential to a healthy relationship.

These conversations become increasingly difficult when you or your partner realizes that an STD may be involved. According to Lafene’s records from the last three years, there are four main STDs known on K-State’s campus: chlamydia, gonorrhea, HPV and syphilis. College students need to understand that they exist and anyone could be contagious.

Jenny Yuen, a health educator from Lafene, said that safe sex means preparing yourself for consequences.

“[Safe
sex] is arming yourself with good and helpful information so that you
make a good choice for yourself, in regards to your own health,” Yuen
said.

Yuen helps students get information about safe sex through Lafene and student organizations like S.H.A.P.E.

“[Peer educators] can get the message out because they do relate better to their peers,” Yuen said. “This is a place where they know they are getting evidence based answers, it’s not just somebody’s opinion.”