K-State’s student radio station, The Wildcat 91.9 KSDB-FM, has been selected to be featured on mtvU’s College Radio Countdown during the month of October. Student workers from the radio station collaborated and created a video to submit to mtvU producers.

Several students involved in KSDB-FM were included into the raw video footage that was submitted to Meg Christensen, mtvU associate producer, in early September. Katie Leibham, senior in journalism and mass communications, worked hand in hand with her peers and co-workers to accomplish completion of the video for submission.

Leibham was in contact with Christensen throughout the summer to finalize legal paperwork and complete a checklist that was required of KSDB-FM before being considered for the countdown.

“We have the only minute long piece,” Liebham said. “Ours is the most different and innovative .”

The video’s theme is “freshman zombies.” KSDB-FM claims that the music they play is better than the Top 40 countdown stations, and that they “de-zombified” the freshmen zombies with the better music that they play on their radio station.

“We painted faces, it was really involved,” Liebham said. “It was a coordinated effort.”

Rebekah Chmura, senior in architecture, said that she thought that Wildcat 91.9 deserved to be on the mtvU College Radio Countdown. Chmura originally suggested the final idea that was used in the video, de-zombifying students.

“It’s cool when you see your idea in the final product,” Chmura said. “We had a good time filming it.”

Chmura also said that the student radio station will become more well-known because of the mtvU videos.

“It will definitely get us out there, not just the station,” Chmura said. “It will get K-State’s name out there.”

Eric Nehm, station manager, agreed with Chmura when he said that he thinks that being recognized by a nationally known television network is a great moment for the students at KSDB-FM to shine.

“It’s an awesome opportunity for our students to showcase their station,” Nehm said. “I’m the [station] manager, but it’s really their station.”

Nehm was heavily involved in the creation of the video that will be aired on mtvU beginning on Tuesday. The video will be played three times a day for the whole week.

“It lets more people see us,” Nehm said. “Hopefully, this allows people to see just how great of a radio station we are.”

The original video was 2:08 minutes long, but mtvU had to shorten it to use it. KSDB-FM students involved had to send not just the raw footage, but the music and pictures that were used in the making of the video as well.

“I can’t take any of the credit, it’s all our students and how good they are,” Nehm said. 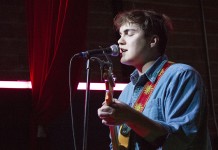 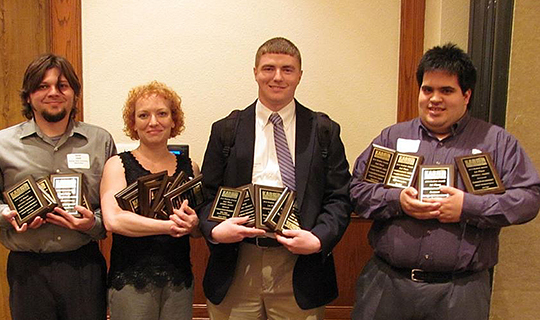