As leaves litter the pavement, the air suddenly suggests that a sweater and jeans are needed. The change of seasons warrants fall activities, from hay rides and hot cocoa to pumpkin carving. With many family farms, Manhattan definitely has fall fun covered. But the traditions such as carving a pumpkin go back much further than the farming history of any of these families.

Harald Prins, distinguished professor of sociology, anthropology and social work, explained the history behind picking out and carving jack-o’-lanterns for Halloween. What we now celebrate as “Halloween” was originally a festival celebrating the end of the harvest season. This was adapted by the expanding Christian religion as a hybrid of this harvest festival and pagan folklore.

“Traditionally, these feasts begin with a vigil on the evening before the feast, and people light candles in memory of those who have died that year,” Prins said. “On Halloween, the evening before All Hallows, children still celebrate this ancient tradition, walking after sunset with hollowed out pumpkins or large beets lit by a candle inside, from door to door, singing songs and hoping for candy.”

Perhaps as college students we no longer can walk door to door singing and begging for sweets, but some seasonal activities are still to be enjoyed. These local farms have you covered.

A&H Farm
A&H Farm has been around since the 1930s, when owner Andrea DeJesus’ grandfather began farming. Her parents, and later DeJesus herself, inherited the farm. Now, the DeJesuses grow pumpkins on the vine, hold a farmers market and give tours of their traditional farm.

“We actually don’t pick the pumpkins, [the guests] actually have to pull them off the vine themselves,” DeJesus said. “Seeing where food comes from is very important to us, that’s part of why we leave the pumpkins on the vine.”

Besides picking out pumpkins, A&H Farm offers an abundance of fall activities for all ages.

“We have a hayrack ride, we do train rides and bounce houses, we have a petting zoo and we have a 60-foot slide,” DeJesus said. “New this year we have a zipline and a “friendly fire” area where we’ve modified paintballs to shoot nerf.”

Being from a farm family and growing up in a farming atmosphere, DeJesus said she works to make sure each guest at the farm gets an enriching experience.

“We try to put an educational component into it,” DeJesus said. “This is an extra benefit to us, having people out to our farm.

A&H Farms is located at 1374 Collins Lane. Their pumpkin patch is open every weekend in October, and they have a farmers market spring, summer and fall.

Britt’s Garden Acres
Also offering up a plethora of fall activities is Britt’s Garden Acres, another family farm owned by a couple of K-State grads. The Britt family has been in farming for over half a century, with the farm now being in its third generation.

“My husband’s grandparents started the farm in 1948,” said Angela Britt, co-owner of Britt’s Garden Acres. “It’s been with owners of the Britt last name ever since, and we’re raising our three kids on the farm.”

Britt’s Garden Acres sells fresh and local produce, meats, honey and jarred goods year-round, but during the fall they also offer many traditional activities, aiming to be an affordable and fun option for all ages.

“Right now we are doing our hayrack rides, we have two corn mazes you can go through, and we have pumpkins from the patch,” Britt said. “We have our fun zone where we have a bouncy house, and there’s a lot of things there that adults enjoy. There’s a giant seesaw and a giant slide as well.”

Britt stressed the homegrown, local aspect of Britt’s Garden Acres and the unique feel this brings to their farm.

“We grow all our own pumpkins and stuff,” Britt said. “We offer a huge variety of pumpkins, gourds and Indian corn. Everyone loves picking their own pumpkin from the patch.”

Britt Garden Acres is located at 1000 S. Scenic Drive. A few hours of activities costs $3 or $8, depending on your selection, and the farm also offers large group bonfires for $200. 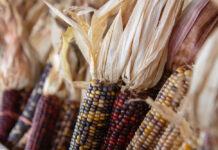 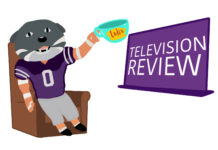 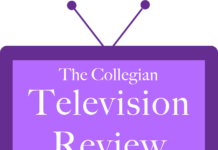