On Friday, Oct. 18, at 3:13 a.m. Riley County Police Department was called to the 700 block of Northfield Road in Manhattan for a major injury accident. Brett Mock, sophomore in mechanical engineering and Dodge City, Kan. native, was killed in a one-vehicle accident. Mock was driving eastbound on Northfield Road when he lost control of his vehicle and crashed into parked cars on his way home. He was thrown from his vehicle and sustained serious injuries.

Mock was transported to Mercy Regional Medical Center. According to the RCPD press release, he was pronounced dead at 4:09 a.m.

Metissa Hampton, sophomore in business and Dodge City native, said Mock was one of the more enthusiastic people she knew.

“Brett Mock is hands down the one of the most passionate and full-hearted people I’ve ever been around,” Hampton said. “I don’t ever recall seeing him mad or upset. He was completely brilliant, too.”

Hampton said he was never frowning and he always had intelligent words to share with the people around him.

“He wasn’t ever seen without smile on his face, or wise words coming out of his mouth,” Hampton said. “Dodge City won’t be the same, nor will Manhattan.”

Agreeing with Hampton, Kari Keahey, sophomore in hospitality management and Dodge City native, said Mock lived life like it was his last day and a smile was always on his face.

“People always talk about living life to the fullest, and Brett truly did just that,” Keahey said. “Anything you can think of, Brett has been there and done that. He never fails to make everyone laugh and have a good time.”

Keahey said Mock’s life will be remembered by many people and those memories will last forever.

“Brett has been such a great friend to so many people, he’ll never leave our hearts and the memories will last a lifetime,” Keahey said.

Growing up with Mock in Dodge City, Austin Tiemeyer, sophomore in agribusiness, said when Mock made up his mind about something, it was a done deal.

“Let’s go,” Tiemeyer said. “It sums up his life to a T. He would always have something that he wanted to go do and I would be busy but he wouldn’t take no for an answer.”

Tiemeyer recalled Mock continuing to bother him about going out and doing something together.

“He would continue to pester me saying ‘Let’s go, let’s go,'” Tiemeyer said. “I would finally give in and go and have a great time doing whatever crazy activity he had planned that day.” 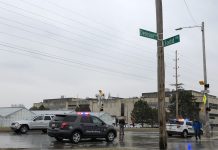 UPDATE: Student struck by car near campus in stable condition 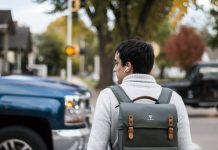