The Student Senate convened in the K-State Student Union’s Big 12 Room last night for their weekly meeting and most of the evening’s input didn’t come from senators. A 45-minute open period saw four speakers from various campus entities address the body.

First was Kelli Ourada, a regional consultant for the Sigma Sigma Sigma sorority. Tri Sigma will be colonizing at K-State beginning in January, becoming the 14th Pan-Hellenic Council sorority on campus. According to Ourada, Tri Sigma will send representatives from their national headquarters and chapters from nearby universities to recruit potential new members in January. The colony will try to recruit to K-State’s average chapter size. Ourada also said that Tri Sigma is looking into housing options, but haven’t made any definite plans at this point.

Next, Adam Prough of K-State Athletics spoke. Prough discussed the department’s point system for entry into the home basketball game against Kansas. According to Prough, more than 5,000 students attended last year’s game, which was the largest total in nine years. To deal with the massive demand, the department organizes students into four tiers based on points earned through attending other basketball games, with the earliest entry given to those with the most points. This year, in addition to attending games, students will be able to earn points by donating their passes for use by a Fort Riley soldier at specified games.

Prough also talked about tonight’s Madness in Manhattan basketball kickoff event, which will tentatively begin at 8:30 p.m., depending on when the Homecoming Parade concludes. Men’s basketball players will scrimmage and take part in events including a dunk contest and 3-point shootout. Prough also said that the “special unveiling” vaguely referred to in advertising for the event is a banner hanging ceremony.

The final open period speaker was Bill Spiegel, K-State’s director of recycling, who spoke at length on recycling programs at the university. Spiegel spearheaded the effort to consolidate separate recycling bins into “one-stop drop” bins, which accept all recyclable material. According to Spiegel, the university recycled 108,000 pounds of material during the month of September, which he described as “a very, very good month.”

After the open period, the Senate approved allocations to the Egyptian Students Association, Engineers Without Borders, Gamma Theta Upsilon, the Architectural Engineering Institute, and the American Society for Photogrammetry and Remote Sensing. An amendment to SGA’s statutes concerning the Student Activity Fee Funding Regulations was also introduced and was referred back to the Senate Operations Committee for action next week.

The Senate will reassemble next Thursday, on Halloween, at 7 p.m. Speaker of the House Kyle Nuss announced that, while wearing costumes to the meeting is technically allowed, Senators who do so will be the subject of a “very, very dirty look” from him upon arrival. 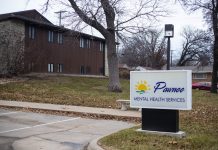 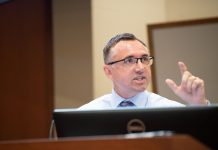