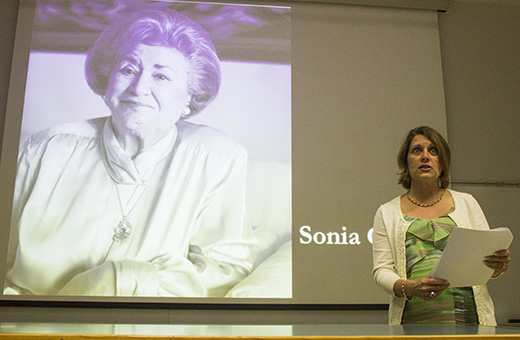 Tortured,
beaten, starved and tormented; a few words that describe the experience of a Holocaust victim. Joyce Hess, daughter of holocaust survivor Sonia Golad, chooses
to take these words, thoughts and descriptions and bring them to light
through her speech, ‘Family Memory After the Holocaust.’
Hess speaks to students of all ages about her mother’s life.

“[It’s] not deemed to be all historically correct, but it is definitely her story and how I learned it from her,” Hess said.

Golad was a Jewish woman who grew up in Vilna, Poland in 1944. Hess explained her mother’s childhood as it ceased to exist, explaining that her mother grew up in a world of hostility and hatred where food was scarce and fear was abundant.

Shortly after Russian and German troops entered Golad’s homeland, she was shipped to a camp in Estonia where men and women were separated, heads were shaved and prisoners were given numbers instead of names.

“She stood true to her identity, even though she was as young as she was,” Hess said.

In 1944, the troops advanced closer to Golad’s camp. She was soon relocated to an experimental camp where medical testing took place on prisoners and where Golad soon learned she developed a tumor. After being separated from her mother, father, friends and siblings, Golad was moved again to the Bergen-Belson concentration camp.

“This was the largest camp she had been to. There was nowhere to sleep, so she slept on top of dead bodies,” Hess said.

Golad was 56 pounds when the U.S. Military liberated her camp. She spent six months in a Swedish hospital, hoping that she would make it back to Poland to find those who overcame the Holocaust as well. Golad found that her older sister, Vira, had also survived.

In 1947 Golad came to the U.S. to work an office job in Chicago with only an eighth grade education. Within just two years of beginning her new life, Golad received her high school diploma and met WWII veteran David Golad, who she married in December of 1949.

“She wanted to move on to a new life, to become an American and live the American dream. She always thought [her high school diploma] was one of her proudest accomplishments,” Hess said.

Soon after their marriage, the Golads moved to Kansas City, where they started a family with two daughters and a son and became active members of society.

Hess described her childhood as no different from the children down the street, saying that it was not until her younger brother needed homework help on a particularly familiar subject that they learned how strong a household they truly belonged to.

“I remember the day vividly. My brother needed to write a paper on the Holocaust. We were mesmerized by her story,” Hess said.

Hess said her mother spoke about her experiences up until her death, and when she did, student’s perspectives forever changed.

Back on a K-State stage by popular demand, Hess sets the tone of her mother’s story by engaging students in the tragic, yet compelling topic of the Holocaust. Hess shared stories, documents and quotes in order to impress upon students how important it is to remember the history of the Holocaust.

“It was interesting to hear from someone who has a family member that went through the Holocaust. It must be difficult to talk about, but it was intriguing to listen to her stories and hear her perspective on the whole thing,” Riley Steinman, sophomore in life sciences, said.

Necia Chronister, professor of German, put on the event to engage students in historical literature.

“It’s wonderful for our students to actually get a first-hand account from a real, physical person standing right in front of them to really embody these stories and in some ways to counterpoint what they are reading in the literature,” Chronister said. 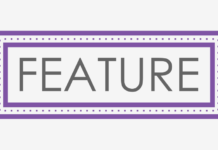 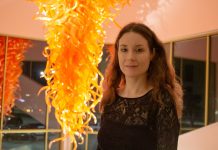