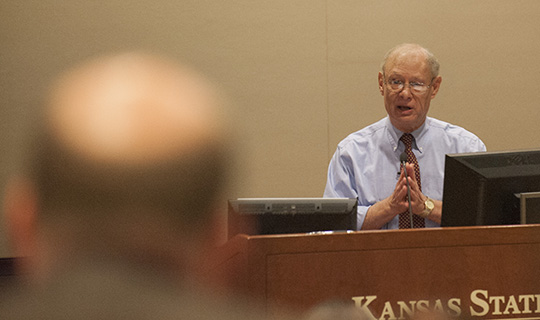 In a lecture last night, students learned about the general public’s opinion of Islam and democracy merging in several Middle Eastern countries. Mark Tessler, a professor at the University of Michigan, presented his research in his lecture entitled “Islam and Governance in Arab World: Findings from the Arab Barometer and Other Surveys.”

According to Tessler, one of the founders of the Arab Democracy Barometer, it measures the Arabic population’s public opinions about their own cultures and people.

“It’s an attempt to give a voice to ordinary people,” Tessler said. “It’s not politicians, although their views are important too. It’s just what the ordinary people think about their society in general.”

Over the course of seven years, Tessler and his colleagues surveyed around 10 countries and several thousand people. Tessler said that in earlier surveys, it was harder to get permission to enter the country safely because of the political activity at the time. For his lecture, Tessler cited the most recent information he and his team had collected from 2010-11. Current research has not yet been published.

As of the 2010-11 survey, Tessler said he found that a majority of people in most countries were supportive of democracy. Tessler attributed this to the Arab Spring of 2010, which was a large wave of demonstrations and protests that resulted in overthrowing the government and installing a new one.

“I think this is important for people to know,” Clay Kniebel, junior in geology, said. “They need to understand how other people think because they have different views than us. We’re mostly Christians and we have a separation of church and state but they don’t.”

Tessler said one major problem with setting up a democracy in these countries is a lack of trust, especially among the younger generations. According to Tessler, there is a generational gap because the younger population grew up in political turmoil.

“For democracy and rule of law to succeed, the whole population has to have certain civic values,” Tessler said. “One of those elements is trust. If the goal is for the will of the people to prevail and if you don’t trust people, then you can’t provide democracy the support it needs. It’s a precondition for democracy.”

Tessler also talked about merging Islam and democracy together. In the various surveys, some disagreed with the statement that religious people should have no influence on the decisions of the government. According to Tessler, Islam is very important in Arabic cultures and it makes sense that they would want to try to fit Islam into their governments.

“It makes sense that if something didn’t work in the past, you’d want to try something new,” Tessler said.

Because of this, the interpretations of core Islamic values also varied. For example, many people said that women could wear modest clothing but don’t have to completely cover themselves. At least two-thirds of those interviewed supported a more liberal view on many things but on some issues, reverted back to their conservative views.

For example, three-fourths of the people said that girls should be educated like boys and that education was good for them. However, 50-60 percent said that, while women can be leaders, men generally made better ones.

“I think it’s important for students to learn more about Arab Spring and the issues in the Middle East,” Rachel Burgess, senior in political science and history, said. “We should be aware of these issues, especially with the role the U.S. plays in the Middle East. We need a basic understanding of issues and how they affect us in the long run.” 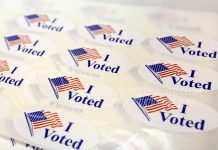 OPINION: The future of voting is ranked-choice 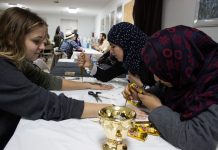 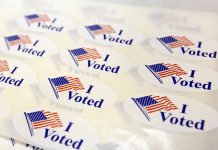