For over a century, the Democratic Republic of Congo has been suffering regional conflict in a fight for its natural resources which has grown into the deadliest war since World War II. The mined gold, tantalum, tungsten and tin finances armed groups who use mass rape, murder and other atrocities to intimidate local populations to maintain control of the mines and trading routes.

This illegal militia will do anything to keep control of the mines, even burn down villages and shoot entire families and children. The camps that survivors flee to leaves the people to fend for food, shelter, water, and medicine on their own. More then 90 percent of deaths in the Congo area were not killed in combat, but rather died from illnesses caused by the unsanitary and overcrowded conditions, such as malaria.

“I honestly had no idea that such terrible things were happening in the Congo,” Hannah Sharp, sophomore in business, said. “I am completely shocked by all of this. It really makes me realize that as a college student I need to pay more attention to the things happening around the world.”

These packed displacement camps don’t provide complete refuge as the men in uniform have been known to rape the women. As many as 2,000 of the 15,000 women living in one of the camps claim to have been raped. The actual number of women and girls raped in eastern Congo is unknown, but experts estimate hundreds of thousands have been reported.

Children are also vulnerable in the situation; many as young as 9 find themselves mining in the high-risk, backbreaking and low wage mines. Many other children will be abducted and forced into combat with the illegal militia.

It is said that only 1 percent of world’s supply of gold knowingly comes from the Congo, however there is no way of tracing exactly where the gold is coming from because of the massive rates of illegal smuggling. Statistics compiled by the Enough Project in 2012 estimate that the Congo produces 5 to 8 percent of the world’s gold, but even just 1 percent of the world’s supply of gold equals about $100 million each year, which is enough to continue to fund the war.

The multimillion dollar trade enables the armed groups to purchase weapons to continue their campaign of violence against the civilians. The minerals these armies are selling eventually wind up in our electronic devices, including laptops, smartphones and cameras in the form of tin.

Boiled down, these people are mining minerals and dying so our batteries function more efficiently and keep our cell phones buzzing silently. And it appears that students know very little about it.

“I cant believe all of these things are happening, and I have not even heard anything about it,” Sarah Henderson, sophomore in economics, said. “I would love to learn more about it, and find out what exactly is going on.”

Even though these different issues are happening in the Congo, some students seem unwilling to give up their electronics.

“While it is really sad people are dying for minerals, realistically no one would necessarily give up their electronics, because they have already been made,” Chelsea Webb, sophomore in family studies and human services, said. “They would also not pay more because in most people’s minds, they pay enough. However, if we could spread the word about this to help end the war in the Congo, then I would gladly participate.”

Webb will have to wait, however, as nothing is currently being done at K-State to spread awareness about the Congo and their conflict minerals.

As Congo continues to fight over these minerals, there has been effort to come up with ways for the U.S. to ensure that no purchases are made for conflict minerals from the Congo. Nothing has been agreed upon.

“I feel terrible and would love to see something happen to help prevent things like this in the future,” Sharp said. “All of this actually makes me feel bad and almost guilty for owning things that could contain these special minerals.” 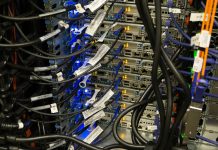 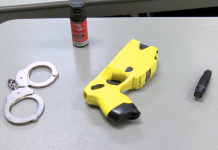 OPINON: E3 2017 was a dull, stagnant insult to everyone