Jake Waters is a winner. He has proven this time and time again. During his time in high school, Waters led St. Albert to two state championships as he compiled a 37-2 record as a three-year starter. After Waters took off the Falcons jersey, the winning continued.

It might surprise some people that a player who’s accumulated over 7,000 total yards and nearly 100 touchdowns received only one college offer. That one offer came from local community college, Iowa Western. Waters continued to show that winning mentality at Iowa Western, ending his NJCAA career by winning almost every accolade in the book. As a sophomore, Waters led the Reivers to a perfect record and the school’s first national championship. After setting the junior college completion percentage record on top of the perfect season, Waters was named the National Junior College offensive player of the year.

The player who was once overlooked for any division-one offers, found himself with offers from schools all around the country. It came down to Penn State and K-State for Waters, but in the end, he decided to take his talents to Manhattan.

Last season, the Wildcats saw their starting quarterback Collin Klein finish third in the Heisman trophy voting. This left big shoes to fill for whoever would come in to fill that spot. Waters knew that the task would not be an easy one, but he was ready for the challenge.

“There is definitely pressure just [being the starter] no matter who you are following up,” Waters said at K-State football media day in early August. “But definitely with Collin being here, there is a lot of pressure that they want to see who’s that next guy in line. But I’m going to put more expectations and more pressure on myself than anyone outside will.”

Up until the week of K-State’s first game, fans still did not know who the starting quarterback would be. Waters was competing with redshirt-sophomore Daniel Sams for the starting job. Head coach Bill Snyder made the announcement early in the week with K-State slated to play their first game against North Dakota State that Friday.

“Probably just prior to making the announcement,” Snyder said, when asked when he decided Waters would be the starter. “I think that the competition was productive and I think it was extremely competitive during that period of time. Consistency was a big part of it and many other things. Just as far as being able to say, in my own mind, I know this is the way we want to enter the first ballgame, probably three days ago maybe.”

Waters became the first junior-college transfer to win the starting quarterback job in their first year at K-State, before taking a snap as a Wildcat, since Michael Bishop in 1997. That season, the Wildcats went 10-1 with a win over Syracuse in the Tostitos Fiesta Bowl.

In his first game as a Wildcat, Waters showed signs of his passing prowess. However, he also showed signs of inconsistency. Waters completed 72 percent of his passes, while passing for 280 yards and two touchdowns. He was also guilty of throwing two interceptions. K-State fell to the Bison 24-21, but this was the fans first glimpse of what the junior-college product could do.

Waters has remained the starter, but Snyder has made it clear that both he and Sams are going to play. The team struggled early while adjusting to the two-quarterback system. K-State has had opportunities to win every game this season, but have fallen short on many accounts. After a brutal opening to Big 12 play, the Wildcats found themselves fall to a 2-4 record, but they’ve have bounced back by winning their last two games.

Despite throwing five interceptions in his first three games as a Wildcat, Waters has yet to be picked off in Big 12 play. Not only has Waters found more success in the passing game, but he has looked more comfortable running the ball as well. Criticism generally looms around two-quarterback systems, but the Wildcats have continued to move the ball no matter who is behind center. 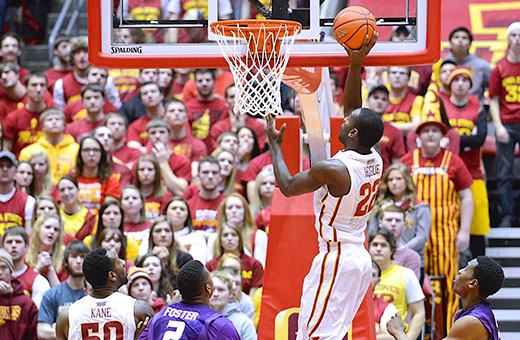