So far in the 2000s, everyone’s favorite blue hedgehog has not had the best outings. Sonic games went downhill when SEGA tried turning away from Sonic’s signature platforming style. Sonic has now taken a turn back to the basics of running and jumping, but not everything has been running smoothly in that department, as SEGA has needed to find its footing with Sonic. In “Sonic’s Lost World,” the Nintendo Wii U game brings a 50-50 chance of approval among the brand’s devoted fans.

This iffy approval chance maybe be influenced by components like the lack of a tutorial, or half the game pad buttons being superfluous or redundant and by the controls being off a bit. While many would welcome a baptism by fire approach as opposed to hand holding in games, instead of invincibility you would crash and burn.

To the game’s credit, I like the blend of traditional 2-D levels with the newer 3-D stages that continue from “Sonic Generations.” That is as close as one can come to say that “Sonic Lost World” contains creativity because everything good in it is a carry over. Especially the graphics. If you get a feeling of deja vu from playing the game, don’t be surprised. The alternative name for the game was “Super Sonic Galaxy.”

One of the more frustrating things from playing through the levels is that there is no pacing of difficulty in the game. No matter how pretty a game is designed, it means nothing if the game play is aggravating and not worth it. I recall one level of the game where Sonic can repeatedly die five seconds into the level if you don’t dodge an obstacle. The level has maybe two checkpoints, so starting over to face immediate challenge is a common occurrence. Every time you die, to make everything worse, the zone’s boss will start over on their monologue.

Aside from difficulty, there is another flaw that is glaringly bad for a Sonic game. With names like “The Blue Blur” and “The Fastest Thing Alive,” you expect Sonic to be fast, right? However, such is not the case in this game. I bet Sonic would lose a race to a bottle of spilled molasses, which makes the game very aggravating.

In essence, the levels drag on, there is no high speed thrill and most of Sonic’s lives are wasted by his inability to escape pursuers.

Speaking of lives, why do there need to be extra lives in this game? With the “murder stage,” it points to the outdated holdover from the days where video games were only in arcades. It is meant to limit playing time so the next customer can play.

One will see “Sonic Lost World” use a “once a game plot twist” about halfway through. One can’t call it a spoiler, especially since it is in most of the manuals and trailers for the game. Instead of waiting until the end, Sonic and Dr. Eggman team up halfway through the game to fight the game’s bosses. I call it the “once a game plot twist” because it has happened in almost every game. Eggman releases an ancient and all powerful evil to help him take over the world, ancient evil wants to destroy the world. Instead, Sonic and Eggman team up to stop the monster. Smash, bang, boom and roll credits.

To make it all worse, Sonic games are known for a rocking soundtrack. You might have guessed that since Sonic runs at the speed of paste, there is a soundtrack dissonance with the game play. The music matches the dismal drawn out stages and levels. 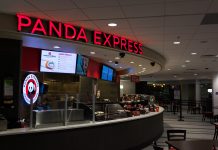