Home Culture Feature His & Hers: Gifts for men

As the temperatures drop and Thanksgiving break inches closer, it will soon be that time of year to start shopping for the holidays.

Whether you’re shopping for your dad, boyfriend, roommate, best friend or brother, it is not always easy to find the perfect gift. It all depends on what your relationship is to them and their interests.

So, what about for the tech savvy guy? There are constantly new high-tech gadgets being released in the categories of video games, computers, tablets and phones.

Sony released the PlayStation 4 on Nov. 15. With improvements to the controller, such as speakers and a touchpad, the PS4 costs $399 – cheaper than rival Xbox One. And for the gamer that already has a PlayStation 4, there is an array of games available such as “Call of Duty: Ghosts,” “Battlefield 4” and “Assassin’s Creed 4.”

Google has a new tablet, the Nexus 7. It features a 7-inch display, wireless charging and the ability to download thousands of apps, starting at a price of around $230, which is cheaper than Apple’s equivalent iPad mini, which starts at $299.

Samsung Galaxy Gear is a great companion if your guy already has a Samsung smartphone or tablet. The watch can take phone calls, text messages and act as a camera. Samsung Galaxy visited the K-State campus the week of Oct. 14, which created hype across campus for their smartphones and tablets. Android’s new Jelly Bean software will possibly make the Samsung hype even greater.

“It’s all about practicality over sentimentality,” Ross Jensby, senior in political science, said. “Girls would be fine if it was just sentimental, but guys like something they can use. Like if a girl got me a scarf, I could say, ‘Yeah my girlfriend got this for me,’ and I’d also be able to wear it every day.”

If it’s all about practicality, clothing could be the way to go. From scarfs to sweatshirts to socks to hats, K-State branded items are an option, and cheaper than the latest technology. Almost anything can be found with a K-State logo. There are coffee mugs, water bottles, Christmas ornaments, car magnets, blankets, posters and more.

“I think clothes is the easiest gift for a girlfriend to buy,” Matthew Maynard, sophomore in public relations, said. “You see what we wear every day and know our style.”

SwipeTies are a new item on the shelves this year. These silk ties sell for $40 and have a microfiber patch that allows you to remove dirt and smears from touchscreen objects such as a smartphone or tablet.

According to Swipe Apparel’s website, their ties are “functional fashion.”

Another functional clothing item is gloves for smartphone and tablet use. Isotoner makes a wool pair that has a conductive thread, which allows the user to use a touchscreen while also wearing the gloves. The thumb, index and middle fingers have this SmartTouch technology. The gloves sell for $45, but can often be found on sale.

There are also many ideas for the man that likes to be outdoors.

Some men like to spend their weekend at the golf course, making some new golf clubs, clothes or golf balls a great gift. There is constantly new technology being released to help the weekend golfer hit the ball further and straighter. You can also personalize a golf gift by putting the man’s name on the golf balls.

If the man is into biking, a mountain bike may be the way to go. Mountain bikers ride off-road, and the right kind of bike will provide comfort and stability when they are no longer on a paved road. With Linear Trail in close proximity to campus, many K-State students have started their hobby of mountain biking there.

Holiday shopping for men isn’t always easy if they don’t express what they would like. Many times that might mean going shopping with the man to see what he is interested in.

Michaela Krysztof, junior in speech-language pathology, said she goes with her boyfriend to the hardware store to see what he says he wants or thinks is cool. Then, when Christmas approaches, she goes back and gets those items he mentioned.

“I don’t think men will point blank tell you what they want,” Krysztof said. “You have to pay attention and pick up on little clues.”

This article was written for an MC 200 class through the A. Q. Miller School of Journalism and Mass Communication. 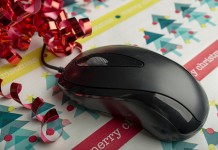 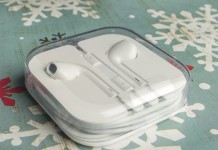