McCain Auditorium, located on the K-State campus, won the Best Source of Entertainment for the Best of Manhattan – Purple Apple Awards.

Since its dedication on Nov. 11, 1970, McCain has brought in national and international performances from professional artists and attractions to entertain the K-State and Manhattan communities.

“The McCain Performance Series presents approximately 30 events per season, engaging a wide variety of patrons with professional artists and attractions from around the world,” Todd Holmberg, executive director of McCain Auditorium, said in an email interview. “McCain also hosts campus and community events, serves as a classroom for K-State students and is a home for rehearsals and performances for the university’s music, theater, opera and dance programs.”

Holmberg said McCain Auditorium also assists with both academic and other university programs that extend creative residencies involved artists and performers from the McCain Performance Series. He said they use the arts as a “vehicle for campuswide multidisciplinary research and discovery.”

When it comes to picking to the performances in the series, Holmberg oversees the entire process.

“I first identify artists and attractions of the highest artistic standard
that will enrich and engage the campus and community,” Holmberg said. “I travel to see many of the artists before I book them. For those that I cannot see live, I study videos, recordings, reviews and consult with peers and other venues. The planning and negotiations often take several months, sometimes with the process beginning two years before the artist even takes the stage.”

There are a significant amount of performances coming up during the rest of fall semester, winter break and spring semester. Some of these performances include The Brian Setzer Orchestra Christmas Rocks 10th Anniversary Tour on Dec. 11, Everybody’s Hero: The Jackie Robinson Story on Jan. 19, “Green Day’s American Idiot” on Jan. 22, Quixotic on Feb. 7, “The Addams Family” n Feb. 14, “Bleu! the Mediterranean Sea Compagnia T.P.O.” on Feb. 19. 20, 21, 22 and 23, “Danu” on March 7, Soweto Gospel Choir on March 30, and “West Side Story” on April 3. There are many more performances during this performance series season. Check the McCain Auditorium website for more performances. 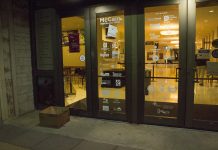 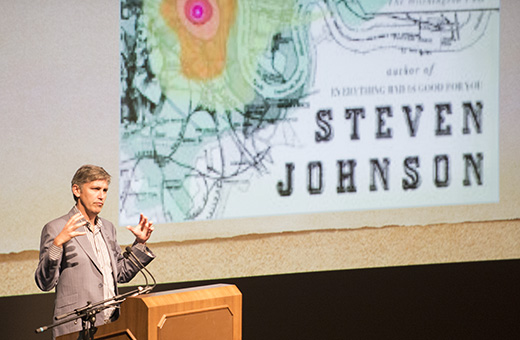