Briana Goff, director of the Institute for the Health and Security of Military Families, and her staff are dedicated to providing those families who have been affected by wartime trauma with services that are designed to identify and address the variety of complex effects of wartime service. According to Goff, the primary goal is the long-term health and security of veterans and military service men and women and their families.

Their services include a wide range of counseling services for individuals, couples or families, speech and language services for Traumatic Brain Injury or other disorders, and child and youth services for the children of deployed service men and women. The institute, located in K-State’s School of Family Studies and Human Services, works along side a number of other organizations to fulfill as many needs as possible that need to be met.

In addition to their services and outreach they provide, the institute also conducts private research on military families – studying and testing how trauma and other related disorders are affecting families, and what methods can best resolve the issues thousands of families are facing everyday.

“There is a lot of worry in the military of what to do with people who come home with trauma and related disorders, and our research helps with that,” said Kali Summers, a non-degree graduate student working alongside Goff with much of the institute’s work and research. Summers said that their research is helping the military community at large begin to solve real issues in a variety of areas saying.

“Our research is going to help those who are working in behavioral help, academia, counseling and abuse and many other programs that help service members nation wide,” Summers said.

Since 2009, Goff and her team have served the families in the area with their services and research and have grown rapidly.

“In 2005, the ‘health and security of military families’ became a primary focus to the School of Family Studies,” Goff said, stating that her research has been going on much longer before the birth of the institute, now being over an eight year process.

“We are one of the best schools with military school partnership,” Summers said.

Both Summers and Goff commented that continuing to integrate the school with the military is going to be crucial to the future growth of the institute.

“If I could predict what I would like to see by 2025, it would be a self-sustaining institute that still serves military families at its core, but that has a national reputation,” Goff said. 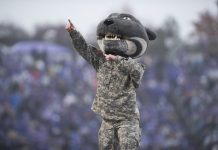 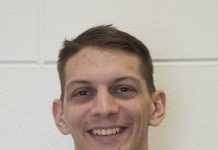