According to a press release on their website, Riley County Police Department is seeking information on two men who disappeared after leaving a birthday party in 1981 and haven’t been seen since. The men, Stevie Hammerle and Joseph Grashner, were last seen leaving the party on Poyntz Avenue more than 32 years ago.

The release said the department is actively investigating the disappearances. Individuals who may have information on the case are asked to contact Detective Steel 785-537-2112 ext. 3077 or the Manhattan Riley County Crime Stoppers. The department is offering a cash reward of up to $1,000.

According to the Associated Press, five former players for the Kansas City Chiefs are suing the team for their failure to disclose the dangers of playing football after suffering head injuries.

Suburban Kansas City attorney Ken McClain, who is representing the players, said that a proposed $765 million settlement by the NFL to compensate former players for brain injuries is insufficient and does not cover his clients in their case against the Chiefs.

Less than two months after a partial shutdown of the federal government ended, Congress is nearing another deadline to fund the government. According to Fox News, as part of the terms to reopen the government in October, lawmakers agreed to pass a budget by Jan. 15, and reach a tentative agreement at the committee level by Dec. 13. However, despite weeks of talks, the negotiations have made little progress thus far.

The implementation of the Affordable Care Act was at issue in the last 16-day shutdown. Now the debate revolves around the federal spending levels for fiscal year 2014. Republicans want to keep spending to a minimum, while Democrats want to raise the budget.

Although the last shutdown sent public approval of Congress to record lows, there is no bill yet on the floor that would avoid a repeat of the situation. In addition, Fox reported that time is dwindling for any action to be taken in December. Though the House is currently in session, the Senate doesn’t return until next week and Speaker John Boehner appears adamant about adjourning the House for holiday recess next Friday.

According to top-secret documents and interviews with U.S. intelligence officials cited by the Washington Post, the National Security Agency is gathering billions of records daily on the whereabouts of cellphones around the world. The information, which feeds a vast database containing data on the locations of hundreds of millions of devices, enables the agency to track the movements and map the relationships of individuals.

The documents cited by the Post were provided by former NSA contractor Edward Snowden, who is currently living under temporary asylum in Russia to avoid charges of espionage and theft of government property.

According to the Post, the NSA does not target Americans’ information by design, but acquires a substantial amount of information on the whereabouts of domestic cellphones “incidentally.” U.S. officials have said these efforts are lawful and intended strictly to develop intelligence about foreign targets. 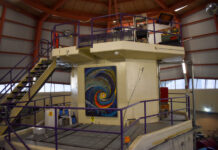 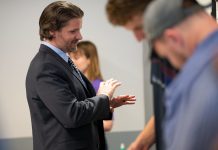 Head to head: Drafting first round quarterback an unnecessary gamble for...