K-State and some of the most academically prestigious universities in Australia have recently formed new initiatives and partnerships to help bridge the contenential gap.

Overviews of these new initiatives were presented by speakers, such as K-State President Kirk Schulz, as part of the Australia Partnerships Celebration Sunday. The celebration concurrently honored Australia Day, an Australian national holiday celebrating the anniversary of the arrival of the First Fleet of 11 convict ships from Great Britain to New South Wales, Australia in 1788.

Among some of the highlights was the acknowledgement of K-State being the first U.S. educational institutional partner of the Australian-American Fulbright Commission. The Fulbright Program is one of the largest and most prestigious bi-national educational and cultural exchange program in the world, and has been in existence for over 60 years in Australia.

“I’m happy to announce that next year, K-State will also have the Fulbright Distinguished Chair in Agriculture and Life Sciences,” Tosh said. “The first Fulbright distinguished chair designated for an Australian.”

As a result, the university will grant two Fulbright scholarships to Australian scholars, giving them an opportunity to conduct research with a K-state professor in Manhattan.

The partnership is particularly significant due to grants being provided by the Australian government, which will benefit both K-State and Australia. Nearly $2 million has already been granted which is expected to help graduate students, especially.

Stephen Higgs, director of the Biosecurity Research Institute, explained the importance of the partnership in terms of the new research opportunities.

“Due to Australian governmental restrictions on pathogen imports, Australian pathologists are unable to conduct research on select pathogens within the country,” Higgs said. “Those who become part of the exchange will have the opportunity to utilize resources for research such as the BRI and the National Bio and Agro-Defense Facility coming to Manhattan.”

K-State is also the only U.S. university member of the Australian Plant Biosecurity Cooperative Research Centre. The university plans to establish partnerships with other CRCs in a variety of other fields.

Sabates said he expects the number of exchange students to continue to rise as a result of the three new Australian universities being added to the two that already existed as exchange options prior to this semester.

“In the three years that we have had these exchanges, we’ve usually had about four or five students from Australia each semester,” Sabates said. “We hope those numbers will continue to increase with these new partnerships.” 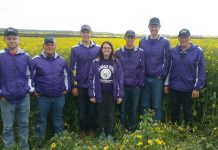 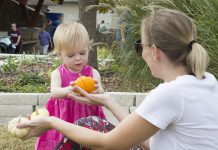