It wasn’t the prettiest game, and it certainly wasn’t the most impressive win, but K-State’s 66-58 victory over the Texas Tech Red Raiders Tuesday gave us a good look at the resiliency of this young squad in a game where few things went right.

“It’s a gut check,” head coach Bruce Weber said. “I thought the whole week was going to be a gut check, and the game ended up being a gut check, but we made some plays down the stretch.”

Early on, however, it didn’t look like K-State was going to end up trading punches with Texas Tech late in the game.

The Wildcats got out to a hot start thanks to the play of junior Nino Williams. The forward checked into the game at the 16:26 minute mark and found his first two of 13 points in just a little over 30 seconds.

K-State used Williams’ energy to pull away from the struggling Red Raiders, finishing the first half ahead 32-20, shooting at 48 percent.

Texas Tech went into the locker room with little to hang their hats on, shooting just 29 percent with their scoring leader, senior forward Jaye Crockett, hitting just one bucket.

However, head coach Tubby Smith made the right adjustments at halftime to get his squad fired up for a second-half run, led by the shooting of Crockett and sophomore guard Dusty Hannahs.

“They started running a lot more pick-and-rolls,” senior guard Will Spradling said about Texas Tech’s halftime adjustments. “We kinda got stuck with guards on bigs a lot more than we were in the first half and it caused a little bit of a rebounding problem, and they got some easy tip-ins and some easy dump-down passes. At the end of the game we really clamped down and team rebounded and that was big.”

It wasn’t the performance of K-State’s “big three” that put the game away for the Wildcats, though. In fact, freshman guard Marcus Foster, junior forward Thomas Gipson and senior guard Shane Southwell combined for just 13 points on four for 19 shooting. Instead, the team looked to players like Williams and freshman forward Wesley Iwundu to step up and go from role players to main contributors.

“Our bench has been a real factor,” Spradling said when asked about the bench’s role in Tuesday’s victory.

Moving forward, the Wildcats will face a handful of tough tests, including a road game on Saturday at Morgantown, W.Va. against the West Virginia Mountaineers, a team coming off an impressive road victory against the Baylor Bears. If K-State wishes to remain in reach of a Big 12 title, they’ll have to showcase tonight’s resiliency when things aren’t going their way. And if there’s anything for certain in this conference, things won’t always go your way. 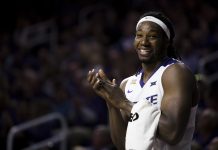 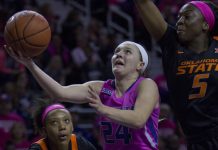 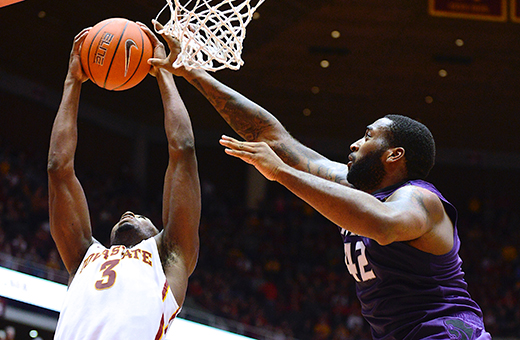 Matching Up: Texas Tech vs. K-State