Story
The K-State Wildcats (15-6, 5-3 in Big 12) have recently been in desperate need of a win. They got it Tuesday night in dramatic fashion, sneaking past the Texas Tech Red Raiders (10-11, 2-6 in Big 12), 66-58. The Wildcats led by 12 at halftime, but saw that lead slowly dwindle away during the second half. Despite the Red Raiders coming back to make it a one-point game, the Wildcats found a way to hold on and secure the win.

Leading the way for the Wildcats was senior guard Will Spradling, who finished with 17 points. The senior added four assists and three rebounds. With freshman guard Marcus Foster struggling, finishing with a season-low two points, Spradling filled the scoring void.

Momentum Swing
The Red Raiders fell behind by 12 right before they headed into the locker room for the halftime break. Texas Tech’s offense simply couldn’t find life, scoring only 20 points in the first half. The second half was a different story. Tech started the half out on a tear, trailing by only four with 10 minutes to go.

With 7:16 minutes left in the game, Texas Tech senior forward Jaye Crockett buried a 3-pointer, making it a one point game. The Wildcats, who were once in complete control of the game, found themselves barely holding their head above water.

X-Factor
Junior forward Nino Williams has continued to show why he is such a crucial part of head coach Bruce Weber’s bench. The St. Louis native dropped in 13 points along with four rebounds in 19 minutes off of the bench.

Bizarre Stat
The Wildcats three leading scorers – Southwell, Gipson and Foster – combined for a total of 13 points against the Red Raiders. All three came into the game averaging double-digit points on the season.

Going Forward
The Wildcats will now hit the road and head to Morgantown, W.Va. to take on the West Virginia Mountaineers (12-9, 4-4 in Big 12) on Saturday. In their first meeting on Jan. 18, the Wildcats had their way with the Mountaineers, winning 78-56. 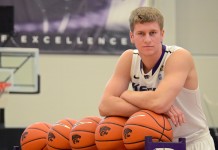 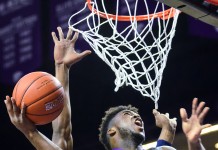 K-State’s season has been about effort, asking ‘What if?’ 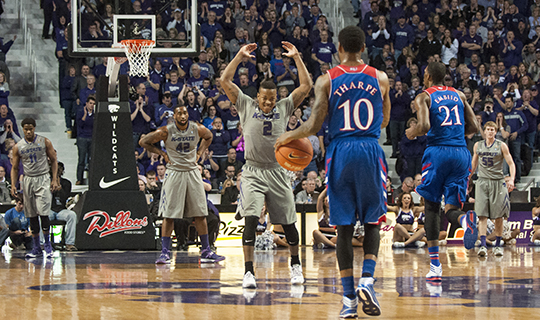 Wildcats use full team effort to knock off No. 7 Jayhawks