The K-State women’s basketball team will return to action Wednesday against the Oklahoma Sooners in Bramlage Coliseum. The Wildcats are looking to bounce back after last Saturday’s seven point loss to Kansas. K-State (8-11, 2-6 in the Big 12) has struggled in conference play so far this season, but has put together some solid performances when playing at home. The Sooners (13-7, 4-3 in the Big 12) are in a similar situation as the Wildcats. Oklahoma has struggled to find an identity so far in conference play, and should be a great matchup for K-State in terms of talent.

The Sooners are a balanced team offensively, with four players averaging more than 10 points per game. Senior guard Aayrn Ellenberg leads Oklahoma at nearly 20 points per game, and has shown throughout the season that she is lethal from behind the 3-point line. Ellenberg currently averages 2.9 3-pointers made per game, which is good for first in the Big 12. In the Sooners first matchup with the Wildcats on Jan. 11, Ellenberg went for 23 points, including four 3-pointers. K-State needs to chase Ellenberg off screens and force her to put the ball on the deck if they hope to slow her down.

The Wildcats seem to go as freshman Leticia Romero goes. The Spanish point guard is a stat stuffer, averaging about 14 points, six rebounds, and five assists per game. Her ability to penetrate the lane and open up teammates is something the Wildcats rely on heavily. The biggest challenge for Romero and her teammates will be finding an offensive flow when defenses choose to take Romero out of the game with double teams and pressure defense. Junior guard Ashia Woods has stepped up in a big way for the Wildcats, averaging nearly 10 points per game. If K-State’s shooters are able to connect on some three pointers early in the game, it could open up the inside for 6-foot-5-inch freshman center Breanna Lewis. Lewis has shown flashes of dominance of late, and is slowly figuring out the speed and flow of Division 1 basketball.

After Wednesday’s game, the Wildcats will be on the road again. K-State will head to Ames, Iowa for a battle with the Iowa State Cyclones on Saturday. The Wildcats are nearing the second half of their conference schedule, which means crunch time for head coach Deb Patterson. If K-State has aspirations of earning a post-season tournament bid, they need to begin rounding into form and putting together a competitive resume. All that starts with Wednesday’s game against a good, but beatable, Oklahoma Sooners team. 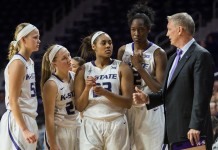 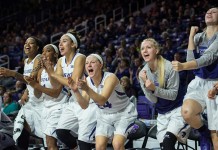 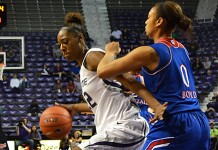 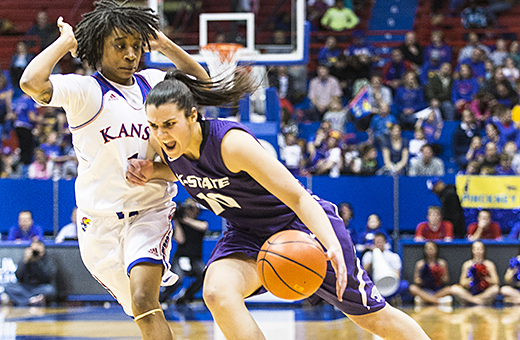