After a poor shooting performance in the first half, the K-State women’s basketball team fell behind the Iowa State
Cyclones early on Saturday. The hole they dug proved too deep to climb out of, and the Wildcats lost to the Cyclones, 84-65. K-State has now lost six straight games in the Hilton
Coliseum.

Freshman guard Leticia Romero added a strong performance in her first trip to Hilton Coliseum. The freshman finished with 11 points, four rebounds, four assists and two steals. With her four assists, she became the fourth freshman in K-State history to record 100 assists in a season.

The Wildcats’ early struggles were a result of shooting .273 from the field, including 1-10 from beyond the arc. Defensively, the Wildcats allowed the Cyclones to shoot better than 50 percent in the first half.

K-State will finish their two-game road stint Saturday when they travel to West Virginia to take on the Mountaineers. Tipoff is slated for 1 p.m. 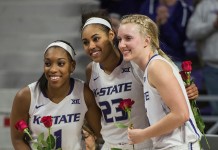 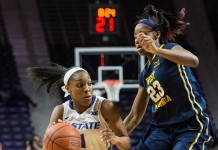 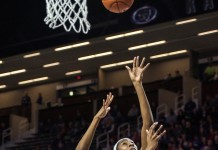 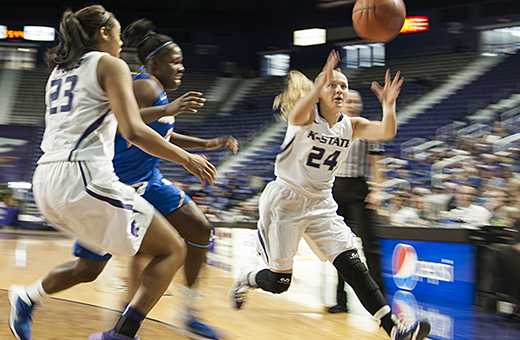