Home Featured Home Wildcats use full team effort to knock off No. 7 Jayhawks

Who deserves the credit for K-State’s overtime win against the Kansas Jayhawks? Is it freshman Marcus Foster and his game-high 20 points? Is it senior Will Spradling’s line of 15 points, five assist, three steals, and 3-5 from behind the arc while playing all 40 minutes? Is it the bench, who combined for 30 points and came up huge every time the team needed them?

Nobody thought beating Kansas would be easy. The Jayhawks looked like a far superior team during their blowout win in Lawrence earlier this season. It was clear that everybody would have to show up if the Wildcats were to pull out a win in this lopsided rivalry.

Everybody showed up to play, and it resulted in a thrilling overtime win that will not soon be forgotten. Sometimes, a team can rely on one player to power an offense, like K-State did against Texas. But in order to clinch more wins down the final stretch of the season, the Wildcats will also need plenty of games like this.

“When you shoot it well, when you play hard and everybody contributes, goes in, it’s great. That’s got to be our key,” head coach Bruce Weber said of the team effort. “We’ve talked a lot about since Puerto Rico that we have to be a team. We have to play team defense.”

In his last Sunflower Showdown, Spradling delivered one of the finest games of his career. The Kansas native scored 15 points and was three-for-five from 3-point land, including a huge three in the opening minute of overtime to get the crowd back in the game. He added in six rebounds, five assists, and three steals, showing tenacious defense and command of the game.

In his first Sunflower Showdown in Bramlage, Foster picked up where he left off against Texas four days ago, scoring 20 points despite being targeted by the Jayhawk defense the entire game. He also showed some serious grit, returning to the game after suffering an ankle injury that sent him to the locker room at one point.

Combining for 30 points, K-State’s four bench players that played in the game provided the spark that was needed as the Wildcats’ starters began to find themselves in foul trouble and banged up.

Sophomore D.J. Johnson came up huge, scoring nine points and blocking two shots, providing an inside presence that the Wildcats needed against a stacked Kansas front court. The most important part of his nine points is that they all came down the stretch, seven of them coming in a three minute span close to the end of the second half and the last two in overtime.

Senior Omari Lawrence scored another nine points and a couple of huge steals, junior Nino Williams added eight points and freshman Nigel Johnson tacked on four points while also running the point for many of his 14 minutes.

The Wildcats have now won two of the last four Sunflower Showdowns in Manhattan, and are making this a close rivalry. In recent wins, K-State needed big games from Michael Beasley and Jacob Pullen, but they proved that when everybody steps up together, a win is just as satisfying. 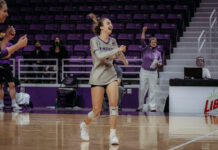 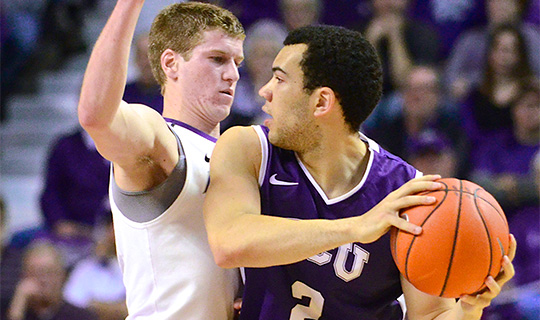