The K-State Wildcats are fielding their youngest team since the 1977-78 season, bringing with it an up-hill battle against quality competition. As the team took on the Texas Longhorns Wednesday night, that youth was visible on the court.

‘Building blocks’
The Wildcats are young across the board. Last season, the Wildcats had virtually no depth and very little size. With the additions of freshman forwards Jessica Sheble and Breanna Lewis this year, the Wildcats have created building blocks in the post to go along with freshman guard Leticia Romero’s presence in the back court.

The element of youth played into Wednesday’s game as well. Seniors Katya Leick and Ashia Woods led the Wildcats charge, but in the end, the K-State freshmen looked like freshmen against a good Big 12 team.

Romero has been asked to carry a large load for the Wildcats this season. The highly-touted freshman entered the season with high expectation cast her way. For the most part, Romero has lived up to the hype. She leads the Wildcats in scoring, averaging just under 15 points per game.

“I think [Romero] is terrific. She is something that you have to constantly be paying attention to,” Texas head coach Karen Aston said.

For a team that had lost four of their last five games coming into Wednesday, resiliency has to be a plus for Patterson. Their most recent victory, against West Virginia, didn’t compare to Wednesday evening’s game, Patterson said.

“This is night and day compared to how we competed against West Virginia,” Patterson said after the game. “It’s disappointing to me. I felt that we were in the position at home to take it and just couldn’t. But that’s, again, just not everyone was at the top of their game today and we pretty much have to have that to be successful.”

Despite their loss, and the challenges of playing as a young team, Patterson was proud of how the game turned out.

“I am proud of the fact that we kept it close,” Patterson said. “I thought we fought hard in that second half. We had our chances, unfortunately we just didn’t convert. I’m more encouraged than discouraged by this game, there is no question.” 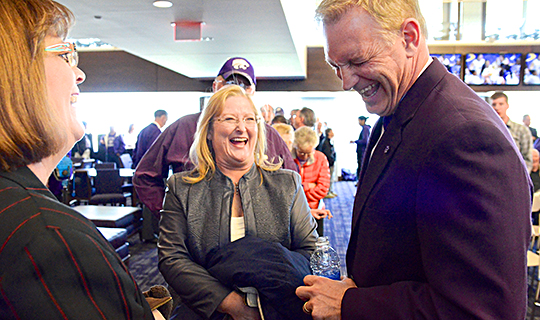