In a nail-biter at Bramlage Coliseum, the K-State women’s basketball team pulled off a 60-54 win against a rowdy Texas Tech team. In their annual Play 4Kay game that featured 14 lead changes, the pink-emblazoned Wildcats (10-14, 4-9 Big 12) finally managed to crack double digits in the win column after losing their last three games. The Red Raiders (6-19, 0-14 Big 12) dropped their 15th straight game, a mark that will surely turn heads after their 6-4 start.

“The thing that really stands out to me was how we had so many players come off the bench, or come in and out of the game in a tight game and make up their minds that they were going to contribute positively,” K-State head coach Deb Patterson said after the game.

Patterson’s team was pushed by three players in double digits, and had a strong performance by sophomore guard Brianna Craig who came off the bench to score seven points for her club. The Wildcats were led by freshman guard Leticia Romero, who scored 19 points and had her 18th game of the season in double digits.

“The last couple games I’ve been a little inconsistent and I knew that this game was really important for us,” Romero said after the game. “I think that we all stepped up, even those that came off of the bench, and that was what made us win.”

While the Wildcats allowed two Red Raider players to score into double digits – including Romero’s former teammate on the Spanish national team, freshman guard Marina Lizarazu – Patterson’s defense limited the Red Raiders’ leading scorer and junior guard Amber Battle to just five points on 1-14 shooting from the floor. Battle averaged 17.7 points per game coming into the game with only two-games with less than 10 points.

The second half remained close, with the Red Raiders pulling out to a game-high six point lead with 4:12 left to play. After a 3-point jumper by senior forward Katya Leick, freshman forward Jessica Sheble put the Wildcats on top 55-54 with a pair of free throws, a lead that the Wildcats would not relinquish.

“The last four minutes, you’re down six, and we struggled in situations like that when the game is close to finish a game,” Patterson said. “We made a good push and finished that off. We really haven’t seen that since the Oklahoma game.”

The Wildcats take the court at TCU on Wednesday in Fort Worth, Texas. The next home game for the Wildcats is Saturday against No. 13 West Virginia, when they’ll seek to avenge a 40-point beatdown suffered earlier this month. 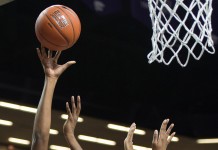 Know Your Opponent: Texas Tech and the Wildcats in for a...