After getting swept in the first series of the season, the K-State baseball team will try to bounce back against the San Francisco Dons. The game will be in San Francisco, Calif..

This is the fourth game of K-State’s eight game California road trip. After the winning the Big 12 last season, the Wildcats fell flat in their first outing of 2014. This is their first three-game losing streak since 2012, and their first 0-3 start since 2008.

K-State’s bats have been silent thus far, producing only three runs in the first three games of the season. They have not had ample opportunities for RBIs either, as accumulating 11 hits over the same span. Luckily for K-State, they will face a team that allowed 21 runs in their opening series.

K-State’s pitching staff also will look for a good outing against a Dons squad that has some top-notch hitters. The Wildcat pitchers allowed 18 runs during their series against Cal Poly. That is an average of six runs per game, which is much higher than last season’s final team ERA. Obviously the team ERA will not hang around six, so improving upon that number is vital in this game.

The Dons are 1-2 this season after winning just the second game of a three-game set against U.C. Riverside. San Francisco was 35-24 last season and lost in the regional stage of the NCAA tournament. The Dons are not ranked and are not receiving votes.

San Francisco had a solid pitching staff last season, posting a combined team ERA of 3.36. Redshirt senior Abe Bobb is back for his final season as a Don. Last year, Bobb had a 3.70 ERA and earned a spot on the all-conference team. His first start of the season, however, didn’t go well, as he gave up five runs in five innings.

San Francisco has a preseason All-American on their team, and his last name might sound familiar to fans of the Kansas City Royals. Bradley Zimmer, the brother of Royals prospect Kyle Zimmer, is an outfielder for the Dons. Zimmer led his team in on-base percentage, slugging percentage, stolen bases, and six other categories last season.

Zimmer has won a host of accolades in his three years at San Francisco. In addition to being an All-American, Zimmer is also ranked as the No. 8 college prospect by Baseball America and played for the USA Collegiate National Team over the summer of 2013. So far in 2014, he is hitting .500 with two doubles.

Zimmer isn’t the only player on the team that makes a difference at the plate. Senior first baseman Zachary Turner is back for his second season with the Dons. In his first year, he led the team in home runs, RBIs, hits, and batting average. Turner went 4 of 12 from the plate and had two RBIs against U.C. Riverside.

The first pitch is scheduled for 4 p.m. CT. 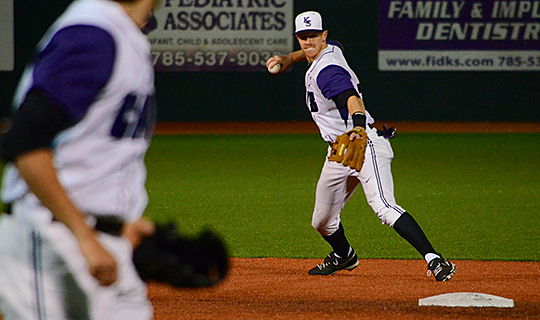