“He was a really great professor,” Ariel Whitely, senior in horticulture, said. “I don’t know that I’ve encountered many people that knew as much about what they did as he did.”

K-State’s horticulture therapy program, one of the few in the nation, offered on-campus and distance education courses.

Horticultural therapy, according to the American Horticultural Therapy Association, is the gardening and plant-based activities led by a trained therapist to “achieve specific therapeutic treatment goals.”

“It’s a huge loss,” Whitley said. “Not very many colleges offer the program; it’s going to be a big loss to not have someone with as much experience as Dr. Mattson had.”

The obituary published by Channel 5 KHAS touched on Mattson’s legacy of love, peace and hope, suggesting it would last for generations. It also stated that he always helped others before himself and centered his life around gardening, reading, and educating.

According to the obituary, “Richard lived by the philosophy of raising the self-esteem for those who are downtrodden by giving them the opportunity to care for these plants and this belief lead him to develop programs for the mentally challenged, for prisons, nursing homes and developmentally disabled facilities.”

Mattson led a horticultural therapy program for the residents of Big Lakes Development Center, an organization that serves area individuals with developmental disabilities.

“Working with people with disabilities was one of his passions, and working with plants and growing things,” said Marsha Landis, graphic designer and web manager for horticulture, forestry and recreational resources, agronomy, and plant pathology. “Every time you saw him, he had a big old smile on his face.”

Mattson was an important part of the therapy program, Landis said.

“What he was doing with the horticulture therapy, that was a very special addition to our program here,” Landis said.

Mattson was honored this week by the AHTA on their website. In a release about his death, MaryAnne McMillan, president of the AHTA, expressed the loss Mattson’s death will have on the field.

“Dr. Mattson’s legacy will be carried on through those he taught and mentored,” McMillan said. “He inspired so many of those who work today to spread the word and elevate the profession that he so loved.”

Mattson will be missed, Whitley said.

“He would always stop and talk to you,” Whitley said. “That’s something we’re all going to miss.”

Funeral services are today from 1:30-2:30 p.m. at the First Baptist Church, 1001 Prairie St., in Chapman, Neb. Condolences may be sent to the family at soltfh.com. 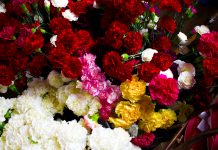 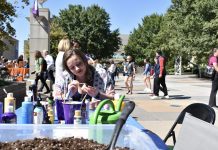