President of ESPN to speak at first 2014 Landon Lecture
Prominent members of collegiate sports will be sharing their knowledge with K-State and the Manhattan community next month. The first Landon Lecture in 2014 will be in a Q-and-A format, featuring John Skipper, president of ESPN, Inc. and co-chairman of Disney Media Networks; Big 12 Conference Commissioner Bob Bowlsby; DeLoss Dodds, former athletic director of the University of Texas; and K-State President Kirk Schulz, who is a member of the National Collegiate Athletic Association Executive Committee and its board of directors.
K-State Athletic Director John Currie will be acting as moderator for the event, which will take place April 2 at 7 p.m. in McCain Auditorium.

Campus ministry seeks volunteers for Spring Break project
The Ecumencial Campus Ministry is preparing to remodel the interior of its house, located at 904 Sunset Ave., to create a new meeting space for student activities. The ministry is seeking students who will be in the Manhattan area over spring break to volunteer for a “demolition party” to gut the interior of the building. For more information or to volunteer, contact Kristina Miller at 316-640-1322.

NBAF to receive $300 million for construction
President Barack Obama announced on Tuesday the budget would include $300 million to fund construction of the National Bio and Agro-Defense Facility in Manhattan, according to the Associated Press. The $1.25 billion biosecurity lab, which will be used to study various large animal diseases, is expected to employ between 250-350 people when completed.

Via Christi Health purchases Mercy Regional Health Center
Via Christi Health and the Memorial Hospital Association have announced that Via Christi has taken full control over Mercy Regional Health Center, to be renamed Via Christi Hospital later this year. Via Christi and MHA had previously maintained a joint 50-50 ownership of Mercy.
Plans are underway for Via Christi to provide $15.5 million for the expansion of outpatient services and other needed improvements. The MHA will form a nonprofit organization to provide assistance with health services to Riley County, funded in part by the $7 million sale of Mercy’s Sunset campus to K-State. 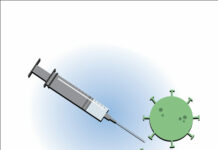 On-campus vaccine clinics open to all students, staff — here’s what you need to know 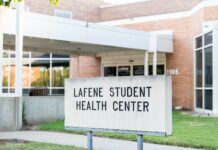 NBAF completion still years away due to structure’s size, commissioning