That’s all retired goalkeeper Jimmy Nielsen had to say to the Oklahoma media following his former club’s season-opening loss to the Seattle Sounders FC in stoppage time Saturday.

The game’s lone goal — a 94th minute scramble scored by substitute Chad Barrett — marked the fourth time in six matches dating back to 2011 that Sporting KC has lost to the Sounders in the dying seconds of the match. Nielsen had previously been a part of all of those disappointing finishes, but Saturday it was long-time backup Eric Kronberg in goal.

“I thought we were definitely gonna hold on to that one today, but unfortunately they got their chance and they took it,” Kronberg said in the locker room following the match. “Kudos to them.”

It wasn’t the most attractive game to watch on Major League Soccer’s opening weekend. Replacement referee Alan Kelly called 40 total fouls, 25 of which were on Sporting KC. That, mixed with the rain-soaked turf at CenturyLink Field in Seattle, made it a “rough and tough” battle that Seattle came away with.

Despite the loss, there are no reasons to cast a shadow on this year’s campaign just yet. As Vermes hinted at, he elected to sit regular starters midfielder Oriol Rosell and forward Claudio Bieler, while leaving starters defender Chance Myers, defender Seth Sinovic, and midfielder Paulo Nagamura off the the team sheet altogether.

Part of this can be attributed to injury. The players above, minus Bieler, were battling “nicks and bruises” picked up at the end of preseason, according to Vermes. However, a more significant reason is the four-day turnaround to Wednesday’s matchup against Mexican side Cruz Azul in leg one of the knockout round of the CONCACAF Champions League at Sporting Park.

Cruz Azul picked up just their first loss of the year in the Liga MX this past weekend — a 3-0 beating at the hands of Tigres UANL. Azul still maintain the top spot in their respected league with an impressive 8-1-1 record, though, and are in midseason form.

Sporting KC aren’t in midseason form, but they know the importance of the CONCACAF Champions League. Never before has an American team won the trophy. Defender and captain Matt Besler said after Saturday’s match that the significance of Wednesday’s clash with Cruz Azul will help them get over their unfortunate finish against the Sounders.

“One of the positives after a game like this is when you can have a quick turnaround,” Besler said. “This game on Wednesday will be one of the most important games of our entire season. We knew that going in, the importance of Wednesday, and now we just have to move on and get ready.”

Sporting KC and Cruz Azul are set to kickoff Wednesday at 7 p.m. The match will be televised on FOX Sports 2, and broadcasted on Sports Radio 810 WHB. 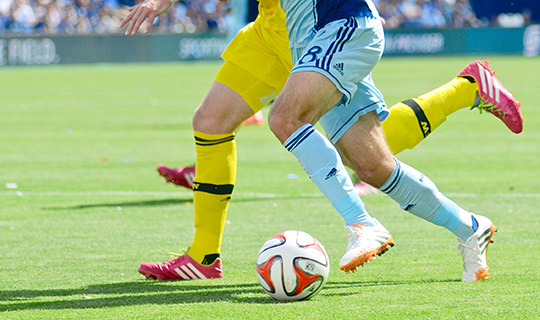