In 1994, the division of biology staff members set about creating a format for classes that was first of its kind. At the time, no other studio formats existed at the college level, according to David Rintoul, associate director of the division of biology. When the format was finished in 1997, the staff decided sections of the new course would include at least four faculty members each, in various combinations of professors and graduate students.

“We could not do this today, in terms of the funding climate we have now,” Rintoul, said. “We could not say, ‘Hey we want to use all of the people in our department’ and ‘we want to have four instructors in a section.’ People would say, ‘We can’t afford it; you’re crazy.'”

Funding
The funding, according to information provided by Rintoul, was as follows:

In the case of the studio format, students spend approximately two hours in class, twice a week. The first 15-20 minutes are typically used for an introductory lecture and a review of the pre-class material students are required to complete. Students then spend the next hour or so doing lab work based on course objectives set in advance by the professors. The last 10-20 minutes are typically used by professors to summarize the material for the day. This is entirely different from more traditional science classes, in which the lab and lecture are scheduled separately.

When compared to a lab and lecture, student opinion varied.

Matthew Kelso, sophomore in animal science pre-vet, said that while he liked his professors and thought they did a good job, he preferred the lab and lecture format. He said he had heard the stories about how tough the format was.

“Once I got in there I saw it wasn’t too bad, but it wasn’t an ideal classroom setting for me,” Kelso said. “I really like a lecture and then a laboratory to apply what you learn in lecture.”

Kelso said he preferred the lab and lecture style because it allowed him more time to focus explicitly on applying what he found hardest to learn in the class, particularly the theoretical parts. He said he also prefers the ability to schedule more freely.

“I always schedule my labs at the end of the week,” Kelso said. “It’s what I’ve done the last couple of years. So that way I can take what I learned in the lecture hall and the recitation room and apply it in the laboratory.”

Gabrielle Vontz, freshman in microbiology, took the class in the fall and said she thought the studio format was beneficial.

“It was a nice balance of lecturing and then also learning for yourself and figuring it out,” Vontz said. “So the lecture was like a check on your ability to motivate yourself.”

The biggest challenge Vontz said she faced was when she wasn’t able to get all of the material written down right, and would end up studying incorrect material. If anything, Vontz said she would recommend lengthening the lecture at the end to prevent that from happening.

Hunter Rose, junior in geography, said she generally liked the studio format as well. She said the material covered was very intensive.

“They expected 14-17 hours of studying time outside of class per week,” Rose said. “It’s actually a biology class that’s for majors and non-majors, but it’s geared toward pre-med students. So stuff that you would have to go to medical school (for) is what they teach you in that class.”

Rose said she thought professors should warn people that they’ll need a basic knowledge of chemistry and algebra to do well in the course.

“You have to know such an in-depth knowledge of chemistry and they really crash-course you through this throughout the entire semester,” Rose said. “If you don’t have a basis in chemistry, you’re going to be pretty lost.”

In general, Rose said she liked how the studio format allowed professors to target different learning styles, including aural, kinesthetic and visual.

“I just think that it’s really cool that they understand that people learn differently and they try to make it accessible to everybody,” Rose said.

Kelso said ultimately everyone is different, and how the studio format affects each student depends on who each student is as a learner.

“It really just depends on a lot of personal preference when it comes down to it,” Kelso said. 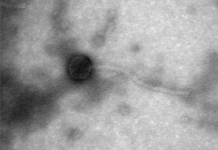