The K-State Wildcats traveled to Santa Barbara, Calif. over the weekend, where, despite one of their players making history, the Wildcats fell short of leaving with a win.

The No. 53 Wildcat squad came up just short, falling to UC Santa Barbara on Saturday 4-3 after having to forfeit the final singles match due to injury. Before the injury, the Wildcats took the doubles points to start off the match and then two more points during singles play, looking primed to leave with the win.

Despite the disappointing loss, senior Petra Niedermayerova continued to write her name in school history as she recorded her 100th singles match victory. The senior now has a record of 100-38.

The Wildcats will begin a four-match homestand starting this week where they will take on both Oklahoma and Oklahoma State. If the weather holds up, the Wildcats could be playing the first match since the fall at the new Mike Goss Tennis Stadium on Friday.

Wildcats to meet Mountaineers in first round of Big 12 Championships

Wildcats send off Niedermayerova with win over Kansas 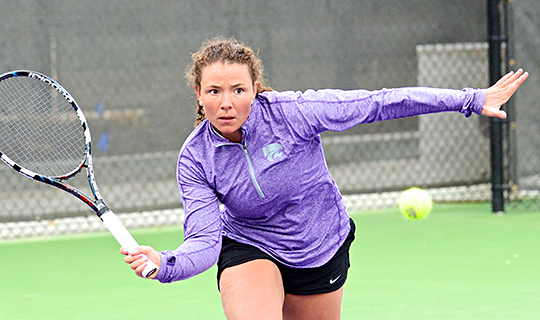