Tallgrass Brewing Company was at the forefront of City Commission’s meeting on Tuesday night. Eric Cattell, the city’s assistant director for planning, presented on the rezoning of a building within Manhattan Corporate Technology Park into a light industrial district. Tallgrass intends to purchase this building following the commission’s approval of rezoning.

“The purpose of Tallgrass is bringing people together over a beer,” said Trent Armbrust, Manhattan Area Chamber of Commerce.

This building will cost Tallgrass approximately $3 million to purchase and an additional $2 million to renovate into a brewery. Filling the vacant building, which is a former call center for Verizon Wireless, would add significant value to the property. The Manhattan Urban Area Planning Board recommended approval and the commission approved the rezoning on a 5-0 vote.

Tallgrass also presented their Economic Development Application. The commission voted to have their final approval on April 1. Tallgrass was founded locally in 2007 and its beer is currently distributed in 13 states. They currently maintain a brewing facility both in Manhattan and in Cold Spring, Minn. Tallgrass stated in their application that moving to the larger facility in TecPark would allow them to house all of their brewing in Manhattan.

The new location would also allow Tallgrass to maintain all of their 16 employed positions and, with projected growth, said they anticipate being able to add up to 12 new positions now, furthering their contribution to Manhattan’s economic growth. They said they hope to be able to add up to 40 jobs in the next 10 years. It was estimated that they would potentially generate $45,757 annually in tax dollars.

According to Jason Hilgers, deputy city manager, the application presented by Tallgrass scored well on all measures and he said they estimated a 28 percent return to the community. Hilgers stated that the application showed excellent employee benefits. Tallgrass was put up for a risk review and their results were favorable.

“We have a four-tier scoring model,” Hilgers said. “We look at their wages, return on their investment, the community fit and the benefit package.”

The potential plans for Tallgrass will include two forgivable loans, each worth $125,000, which will be given as long as certain terms are met. A performance grant will also be considered for up to $4,500 per new job created in Manhattan.

Also considered during Tuesday night’s meeting was the rezoning of a two-story office building located at 1107 Waters St. Developers plan to tear down the current building and rebuild a 24,000-square-foot sales office that will face Anderson Avenue, according to Cattell.

Commissioner Karen McCulloh voiced concerns about the added traffic to that area, which is already very busy. Cattell stated that traffic had been considered in planning and would be taken into consideration as plans progressed. The first reading of the plan was approved 5-0. 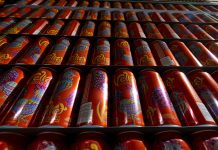