Over the weekend, the K-State equestrian team placed third at the Big 12 Equestrian Championship tournament in Waco, Texas. On Friday, the Wildcats fell to top-seeded Oklahoma State 10-9. As the score reflects, it was a close decision, but the Wildcats did not hang their heads. Instead, they bounced back in a big way on Saturday, defeating TCU 13-6.

“I am proud of how our team recovered today after a tough loss on day one,” head coach Casie Maxwell said to K-State Sports after the meet. “We rode much cleaner and stronger all together today. We still have some issues to address before the National Championship, but things are shaping up well for us.”

Five K-State riders were named to the All Big-12 Team. Senior Rachel Webster was named Big 12 Equitation on the Flat Rider of the Year. K-State will return to Waco to finish their season at the NCEA National Championship on April 17-19. 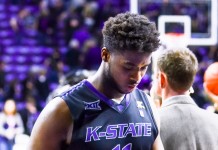 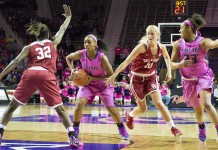