One likes the color yellow, the other blue. Sushi is a favorite for one and causes the other to scrunch her nose in disgust. One lived in Goodnow Hall, the other in Putnam Hall.

Both began in engineering, but have now switched majors. They will both be pursuing education past K-State to work toward careers in the medical field- one as a nurse practitioner, the other as a doctor.

Oh, and they both answer to the name Brianne Pierce. Although they can’t find any direct biological ties, Brianne E. Pierce, senior in economics, and Brianne M. Pierce, senior in microbiology, have crossed ties many times since they started at K-State in 2010.

In a digital world where names are an important mean of identification, they are digital dopplegangers.

The term ‘doppleganger’ is a German word from the mid-19 century that literally translates to ‘double-goer,’ according to oxforddictionaries.com. In German folklore, a doppleganger was a paranormal, identical counterpart. Today, people use the term with less fear and even seek out their dopplegangers through Google Image search.

But what happens when one shares the same name with another, and with that, a web presence?

The Brianne Pierce duo found out before they even got to K-State.

Both of their fathers were laid off from their jobs during their senior year of high school after their financial aid had been filed. Both of the girls contacted the Office of Student Financial Assistance for professional judgement appeals because their financial situation had changed. There was confusion among the girls and the financial aid staff members because of the similar names, but they were able to work the situation out.

The seniors said they had never met another Brianne, let alone another Brianne Pierce, before coming to college, so finding out that there was an individual with their exact name was a shock.

Brianne E. Pierce was the recording secretary for her sorority, Alpha Xi Delta, and Brianne M. Pierce intercepted many emails from individuals thinking they were contacting Brianne E. Pierce about sorority-related activities.

“I told [the girls in my sorority] every single meeting, ‘There are two Brianne Pierces. This is my email. Hers will come up first,’” Brianne E. Pierce said.

Both girls have apologized to her “name doppleganger” for the email mix ups they both have encountered during their time at K-State.

Sometimes, having a “name doppleganger” came in handy for the duo.

“One day, my roommate was asking about who I knew that was an economics major, because she was needing help deciding which economics course to take and the only one I knew was the other Brianne Pierce,” Brianne M. Pierce said.

The senior in economics Brianne said she was more than happy to help.

“That was one of my favorite K-State memories,” Brianne E. Pierce said. “That would only happen here. I love tutoring and working with students, and I was able to give her roommate advice and I told her I could tutor her in macroeconomics if she needed it.”

Although the Briannes have experienced some confusion due to their shared named, the university has built in ways to help keep student identifies straight beyond first and last names.

“Documents [at the K-State Financial Aid office] are identified by Wildcat Identification Numbers, primarily. That certainly keeps things separate students from one another,” Larry Moeder, assistant vice president of student financial assistance, said. “In some cases, social security numbers are on some files and those types of indicators are put on the students forms to keep individuals separate.”

Moeder said sometimes if a caller leaves a message and has a common name, this can cause confusion as to which student needs to be contacted.

Other dilemmas for students with popular names can arise when sending emails to the office. Students will email financial aid and ask for assistance, but frequently will not include identifiers, so it can be difficult to track the proper student down, Moeder said.

While providing more information, such as a major or anticipated graduation date, can help employees identify the proper student, Moeder warns against including too much information in emails.

“I discourage students from providing too much information in an email, because it is not secure,” Moeder said.

Moeder said that fortunately, name mix ups do not happen often enough for it to be a problem at the financial aid office.

Brianne E. Pierce and Brianne M. Pierce haven’t had any “reputation problems” with their online presence under the same name, but this isn’t the case for all “name dopplegangers.”

Armando Rodriguez, sophomore in fine arts, shares his name with two professional baseball players, a journalist and a sexual predator in Florida, along with many others found through a quick Google search.

Being almost indistinguishable from other people online could be problematic for future jobs he applies for, but as an artist, it poses a larger problem. How does Rodriguez stand out in a field with so many individuals, while having a name that is common?

“I will be a professional about it and have professional information and business cards with my personal information,” Rodriguez said. “People may one day Google my name and be unable to find my work. I have faced that struggle. I will hear an artist’s name and will try to Google their name, and I can’t find them. This could be something I struggle with as an art major, and when I get out in the professional world.” 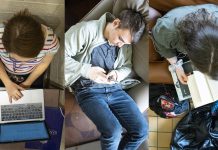 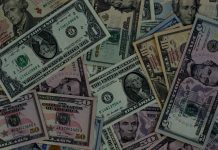