The K-State track and field team split up into three groups for their weekend trip to California. In all three locations, the K-State Wildcats saw athletes put in some stellar performances.

In San Francisco at the Distance Carnival, all three Wildcats put in strong showings. Freshman Morgan Wedekind finished with a time of 10:46.28 in the 3000 meter steeplechase which earned her a third place finish out of the 31 competitors. Redshirt freshman Mary Frances Donnelly finished fifth in the 1500 meter run and sixth in the 800 meter run. Junior Erika Schiller finished fifth amongst 32 athletes in the 10K.

At the Stanford Invitational, K-State had eight top-20 performances. Junior Tommy Brady cleared a height of 4.81 meters and earned a first place victory in the men’s pole vault event. 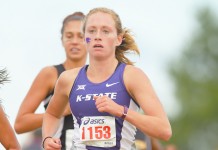 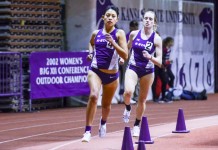 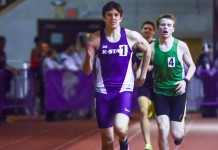